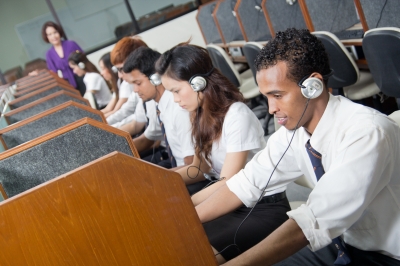 BRUSSELS – Students need a much stronger commitment from employers and policy-makers than the European Alliance for Apprenticeships that was introduced in July. The alliance does not set any requirements for minimum benefits that should be provided to interns.

Although the European Students’ Union (ESU) is pleased that European policy-makers have taken an initiative to improve the quality of internships, it is disappointed that the alliance does not take the recommendations into account that were expressed at the European Students’ Convention in Copenhagen, Denmark, in March 2012. The convention recognised work experience as a good way to develop skills, but made it clear that it should be paid at least minimum wage where other forms of support were not available.

Several businesses and employers’ organisations have signed a pledge as a prerequisite to join the alliance, saying that they are working on improving the quality, supply or image of apprenticeships. Their names include multinational corporations such as CISCO, Nestle, Microsoft and Siemens. The signatories are also required to describe their plans for reaching that goal. However, most of those initiatives focus on how more internship opportunities can be provided or how they can improve the attractiveness of apprenticeships. Much less attention is given to the actual quality of this experience, such as working conditions, benefits and relevance to peoples’ education.

“The recent death of a 21 year old intern at Merrill Lynch, who is said to have worked 72 hours without sleep, shows that there is an urgent need for action. Employers cannot abuse their dominant position against their interns, who often have to work extremely long hours without being paid or receiving any benefits at all. An internship should be considered as a learning experience, not as cheap labour for the employer. We would have wanted to see a stronger commitment to these values when the alliance was launched,” says Rok Primozic, Chairperson of ESU.

ESU believes it is important to establish and reinforce legal frameworks on the quality of internships across Europe, as suggested in the European Quality Charter on Internships and Apprenticeships. There is also a need for more research and efficient monitoring in this field.

Half of internships are unpaid

The number of internships has been rising steadily in the past years and in 2009, it was estimated that European enterprises supplied company trainings to over 9 million students. The Interns Revealed survey, carried out by the European Youth Forum in 2011, showed that only 51 per cent were paid for the work they did. A majority of the unpaid interns said they had to finance their own apprenticeships.

“The main problem that young people are facing now is not necessarily the supply of internships, but their quality and relevance to peoples’ interest and education. It will not solve Europe’s unemployment to inject more apprenticeships when there is a lack of jobs. We need a policy for the long-term,” says Primozic.