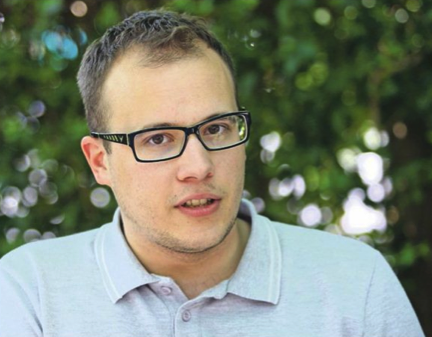 ESU’s Chairperson: “Most important to stop the austerity mania”

BRUSSELS – Most students across Europe are about to start their academic year in the upcoming weeks. Some of them are entering university for the first time while others have more experience from higher education and are even finishing their postdoctoral studies. No matter at what level those students are, they all share similar concerns for the future.

The European Students’ Union (ESU) represents 47 national unions of students and through its members over 11 million students enrolled in various higher education institutions in Europe. Rok Primozic, ESU’s Chairperson, says that his concerns for this academic year are mainly twofold.

“The financing of higher education is going to be an even bigger problem than before. Unfortunately, it seems like students will have to take on a larger share of the cost burden because countries are cutting down public funds for higher education, which will make it more difficult for many students to enter and complete their studies,” says Primozic.

Secondly, Primozic is concerned about the negative consequences that those changes to student support systems in Europe may have for completion rates in higher education.

“It seems like countries do not really want more educated people, because they have started to limit, cut or in some other way make the conditions for current and future students worse. Students do not believe that it is either reasonable or sustainable to demand that they take more loans and debt to pay for their education, bearing in mind that the financial crisis was caused mainly by subprime mortgages. We will continue to fight for higher education that is public, even if it goes at the expense of a tank or a submarine,” says Primozic.

The Bologna process and EU policies

The European Students’ Union will continue its involvement in the Bologna process and other policy-making processes for higher education in Europe to raise awareness about students’ concerns and to open ways for under-privileged groups into higher education.

“We are currently involved in the revision of the European Standards and Guidelines where we want to make sure that social conditions are met as a measure for quality education. We will also continue our work in the Social Dimension Working Group of the Bologna process. Then we look forward to seeing the result of data collection and peer learning initiatives such as Eurostudent and PL4SD,” says Primozic.

As for policies and programmes of the European Union, ESU will mostly focus mostly on how students’ perspectives can be brought into the debate surrounding the European elections in 2014 and the introduction of Erasmus + and the Modernisation Agenda.

“There are also increasing concerns about student mobility in Europe that will need to be addressed. We are currently working on a proposal for a mobility treaty, where the funding of mobility will be based on solidarity among countries. But in the end, our most important task for this year is to stop the austerity mania and to get some sense into European decision-makers. As always, we will be loud and do whatever is needed to ensure that the future is ours,” says Primozic.