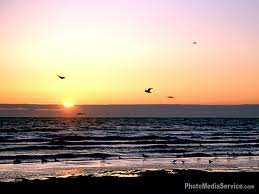 LAZY – The 22nd edition of the European Students’ Convention aims to define in which direction the European Students’ Union (ESU) should be heading in the next few years. The event, taking place from 30 August to 3 September in Lazy, at the Polish riviera, will consult the delegates of the member unions on their views on the future of ESU. The Polish minister for Higher Education, Barbara Kudrycka, will furthermore pay a visit to the event and answer questions from the students’ representatives.

Already since 2002, vision-building has been high on the agenda for ESU, the umbrella organisation of 45 unions from 38 European countries and the topic is now facing its ultimate moment. Ever since ESU’s establishment, in 1982, many internal and external changes have taken place. Education has more and more become an European topic  thanks to the fall of the Wall, the Bologna Process and the Erasmus scheme. Besides this, the membership of ESU has grown from 7 member unions to 45 to date. How can ESU be more relevant, both internally and externally? This will be the main question which the students will address.

There will be plenty of opportunities for the participants of the events to raise issues they deem important such as transparency issues, the proposal for a new ESU structure and the expansion of the Brussels office (as discussed during the last ESU Board Meeting in Tallinn, Estonia in May) and internal communications.Furthermore, the role of national student unions, ESU and higher education in the event of social crises and societal problems, such as for example the tragedy in Norway in July and the riots in London in August, will be discussed as well as EU affairs and the ongoing Polish EU Presidency, Eastern Partnership (student representatives from Russia, Armenia and Kurdistan will also attend the meeting). Last but not least, the students will discuss the possibility to expand the current Erasmus scheme to non-EU countries as the Polish EU Presidency is pushing for this issue.