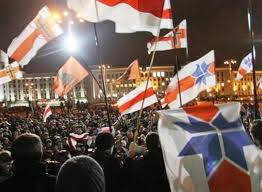 BRUSSELS – The European Students Union (ESU) welcomes the conclusion of the Bologna Follow Up Group (BFUG) that Belarus should not become member of the European Higher Education Area (EHEA) without reform first. On 30 November 2011, Belarus officially applied to become a member of the area but the Bologna Follow Up Group decided to advise against EHEA membership of Belarus at its meeting on 18-19 January in Copenhagen.

“We agree with these conclusions as we have repeatedly spoken out against EHEA membership of Belarus and have asked for reform first.” said Allan Päll, ESU’s Chairperson.

He added: “We absolutely support that Belarussian repressed civil society must have every opportunity to build contacts in Europe and while we are doing our part with establishing contacts ourselves, we think that letting Belarus join the Bologna Process would only be used for government propaganda and would improve little for students and academics in fundamental issues such as their freedom of research and study.”

The ministers of the 47 member countries of the EHEA will most likely follow the advise of the BFUG and formally decide that Belarus, the only remaining large European country that is not an EHEA member should not join, at their ministerial Bologna meeting in Bucharest in April 2012.

According to the assessment of the BFUG, Belarus should first take over all principles and values of the Bologna Process, such as academic freedom, institutional autonomy and student participation in higher education governance.

Päll concluded: “If Belarus wants to show willingness to join the Bologna Process, they must allow their students that have escaped the country and have been forced to study elsewhere in Europe, to return to study in Belarus without any fear of repression while their academic freedom and right to association being guaranteed. That would be a great start.”