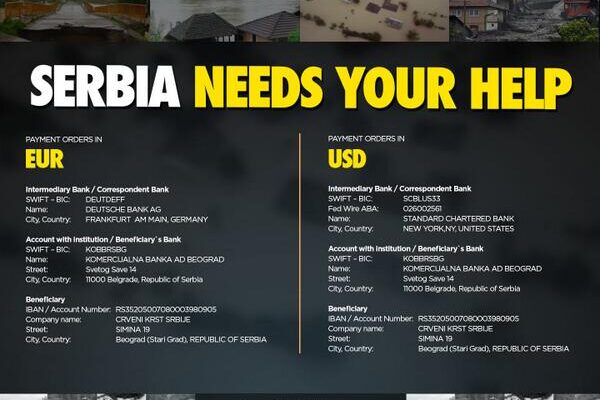 Help to fight a natural catastrophe in the Western Balkans

BRUSSELS – The European Students’ Union (ESU) calls for immediate support to the people of Bosnia and Herzegovina, Serbia and Eastern Croatia that have been suffering from the biggest natural catastrophe in a century.

Dozens of casualties have already been reported in Bosnia and Herzegovina, but official numbers will only be released after the evacuation process has finished. Due to the large number of people that need to be evacuated in short amount of time, the conditions at evacuation centres are rapidly worsening. In an already impoverished region, it will take years to recover from this natural disaster.

In the name of ESU’s colleagues from the region, ESU encourages you to act in solidarity with the people of Bosnia and Herzegovina, Serbia and Croatia to help them limit the impact of those floods. People must be provided with basic goods, such as food, water and products for disinfection, and their homes and infrastructures rebuilt later on.

There are several ways in which you can help, by providing either a financial support or donating goods directly. Please consult the Red Cross organisation in your country for more details on how you can help.

Should you prefer to contribute directly to the Red Cross in Serbia and Bosnia Herzegovina, you can find the bank details of both those organisations below. 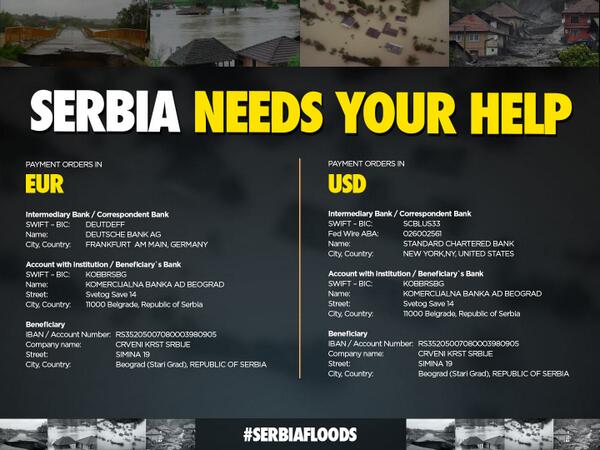