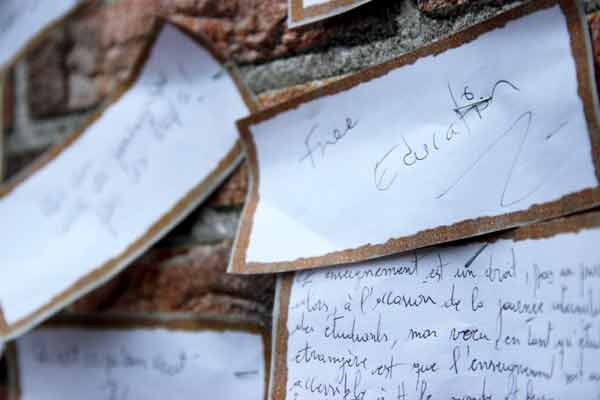 Tuition fees in Finland would be harmful, says ESU’s Chair

BRUSSELS – Finnish parliamentarians are now considering whether tuition fees should be imposed on students coming from outside the EU/EEA area even though research and an on-going tuition fee trial indicate that it would be a damaging decision. Similar attempts in Sweden and Denmark have revealed that tuition fees can lead to a drop of up to 80 per cent in the number of non-EU/EEA students seeking education in these countries.

This proposal aims to integrate international students residing in Finland to contribute to the national economy at the end of their study. However, the result might be quite different. The experience shows that much fewer students might be willing to study in Finland if they pay tuition fees. Nevertheless, most Finnish parliamentarians signed an initiative over the Christmas holidays calling for the introduction of such fees. Among those that supported the proposal were parliamentarians that had previously opposed any ideas of this sort.

The Finnish student unions SYL and SAMOK sent out a joint statement on Monday, 7 January, where they criticised the proposal and explained how it is based on a flawed argument. The Finnish parliament should rather invest in more opportunities for international students to consider Finland to be their home country where they wish to live and work.

Free access to education is believed to be economically viable even though only a part of international students remain in Finland after graduation. According to calculations done by SYL and SAMOK, it is enough if 25 per cent of them stay because their taxes will cover the costs for the entire international student population. Currently, around 70 per cent of students stay in Finland after their studies, and 70 per cent of them are employed.

ESU´s Chair says the proposal will have a negative impact

Karina Ufert, Chairperson of the European Students’ Union (ESU), supports wholeheartedly the arguments put forth by Finnish students. “It is not only unfair to discriminate students based on nationality but also harmful to Finland’s own interests as it would diminish its diverse student population. Finnish authorities must take previous experience and research from other countries when they shape their policy for higher education. Tuition fees would send international students the message that they should not go to Finland to study instead of encouraging them to stay,” highlights Ufert.
Finland spent 6,4 per cent of its gross domestic product (GDP) on education in 2009, just above the 6,2 per cent average of OECD countries. It ranks in eleventh place compared to how much other OECD members spend proportionally of their GDP on education. More OECD countries have decided to charge higher tuition fees for international students than for national ones in the past years.=

The European Students’ Union, headquartered in Brussels, is the umbrella organisation of 47 national unions of students from 39 European countries. ESU represents and promotes students’ educational, social, economic, and cultural interests at the European level. Through its member unions, ESU represents over 11 million students in Europe. To find out more about ESU, follow us on Twitter @ESUtwt, check out our Facebook page or visit www.esu-online.org. ESU celebrated its 30th anniversary in 2012.