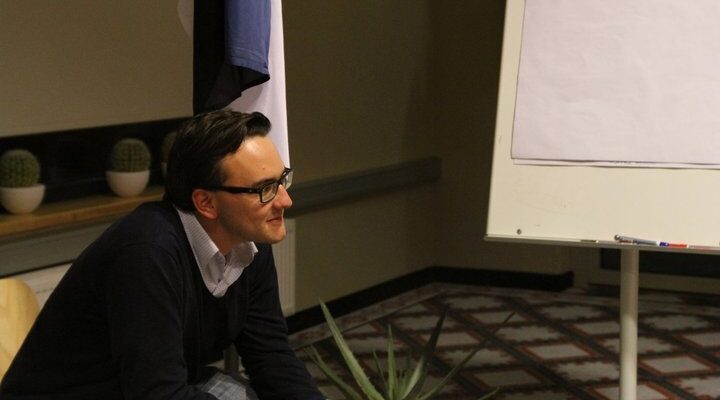 INTERVIEW – Bert Vandenkendelaere, who has been the Chairperson of the European Students’ Union (ESU) since 2010, is handling over the helm of ESU to Allan Päll on 1 July. He thinks that in the past years ESU has grown a lot. Not necessarily in membership, but in professionalism and reputation. According to him, the large differences between European countries in looking at education as a public or a private good will create more barriers to mobility of students and to the mobility of the EU workforce than ever seen before. Vandenkendelaere warns: “This goes against all European values.”

What are the main things ESU has achieved under your mandate?

Although we are only half way through our Plan of Work for 2011, we have already seen great impact of our actions. Student-centred learning has become an unavoidable challenge for all higher education institutions in Europe. But as well, investing more money in education has become an unavoidable task for the European Union (EU). Furthermore I am proud that our membership has accepted to invest in a sustainable future for ESU by accepting a number of crucial organisational reforms which have the aim to strengthen their European umbrella.

Which challenges are laying ahead for ESU in the next five years?
Obviously the first and foremost challenge, as always in the student movement, is to stay representative, well-connected to the grassroots level and endorsed by our membership. This is why it is important to follow-up on the organisational reforms we have agreed upon and to become larger and stronger every year. Politically, we need to focus on the tuition fee practice in different European countries and we have to fight to keep higher education accessible for all. And lastly, it will be a challenge for all parties involved to keep the Bologna Process relevant and achieve implementation by all signatory countries within the next years.

What are the biggest problems in the higher education field to date?
One of the biggest problems is that higher education more and more is being treated as a service, as a tradable good. Reports show that the European Commission is changing its opinion on this, and I sincerely hope all member states and higher education institutions will reverse the current trend and look upon education again as a public good and a public responsibility. It is terrifying to see students throwing up border protection towards colleagues from other countries because of a different tuition fee practice. Not to mention the threat to our already precarious European identity.

How would you like to see this fixed? Is this realistic?
A solution would be to shake the idea of education as a market, with students as customers. Education brings back so much value into society, that the cost of it should be carried by the state. But even more, a large discrepancy between European countries in regarding education as a public or a private good, will create more barriers to mobility of students and of the EU workforce than ever seen before. This goes against all European values and against the targets set out by the ministers of Education in the framework of the European Higher Education Area. And yes, it is realistic. We see the case of Germany who is choosing to invest in education, to reduce tuition as a proof that tuition fees, or public investment in higher education is all about a choice, a priority to be set by the governments in all their wisdom.

Do you think higher education will ever be a true European policy field, dominated by EU laws?
My personal view is that the diversity reflected in each national higher education system will be very difficult to handle from the EU-level. However, the EU can play a crucial role in getting all member states on the same level of quality and in fostering student and staff mobility. I personally would love to see more strictness coming from the EU towards the Education ministers, but only when the EU decisions are followed by serious investment and have been agreed upon and extensively consulted with all stakeholders in the field, which is unfortunately often not the case.

In what way has ESU changed from the moment you started in the Executive Committee (Vandenkendelaere was EC-member 2009-2010) compared to now?
During the past years, ESU has grown a lot, not necessarily in membership, but in professionalism and reputation. For me the past two years this evolution was very visible, on the scene through excellent Bologna contributions and a strong lobby towards the European institutions, and behind the scenes through a change of structures and a thorough legal restructuring that will strengthen our political work even more.What was your biggest disappointment during your term at ESU?
One of my largest disappointments was that, despite good contacts, we never managed to establish a reliable connection with the Hungarian EU Presidency. This has led to a lack of involvement of stakeholders in the Presidency’s agenda, and simply little attention for higher education throughout the Presidency. I am happy to see the Polish EU Presidency is doing better already.

And the best memory? Is there something you will never forget?
My best memory will always remain to be the view of a very motivated, united group of national unions of students, gathering in different places in Europe to work hard and full of enthusiasm and hope for a strong European student movement. ESU depends on the commitments of its membership, and our current members are very committed.