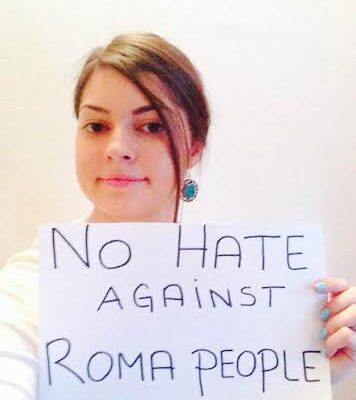 BRUSSELS – The European Students’ Union (ESU) supports actions against anti-gypsyism and stands in solidarity with Roma people all over the world. ESU takes the opportunity on the International Roma Day to celebrate the history and culture of Roma people and to raise awareness about the situation they face. Roma people must have access to higher education and their rights respected.

The 8th of April was declared as the “International Roma Day” in 1990 during the fourth World Roma Congress in Warsaw, Poland. This day commemorates the first World Roma Congress in 1971, held near London on 8 April, where the Romani flag and the international anthem were adopted. It was also during this meeting that the official term to designate Roma people as “Rom” instead of “gypsy” came to be.

The share of Roma people in universities is almost negligible

Roma people constitute the biggest minority in Europe with a population of 12 to 15 million people mainly concentrated in Central and Southern Europe. Roma people are thus the minority most affected by discrimination, hatred and violence.

The same acts of discrimination are perpetrated against Roma people in schools and universities. Roma students are often not accepted by the academic community but placed in special classes and in remedial schools. This results in a large part of Roma children and youth not attending school and not pursuing a university degree later in their lives.

In Central and Eastern Europe, when it comes to higher education, “the proportion of Roma youngsters in it is almost negligible. In universities, their share is less than 1%” (UNICEF, p.13) . The difficulty for Roma students to access higher education and the discrimination they face at universities is interlinked with the treatment of the Roma population. Governments have not acted accordingly to directives of the European Union on the integration of the Roma population, where their responsibility to facilitate the access of Roma people to employment, education, healthcare and housing, is emphasised. ESU demands that governments and higher education institutions stand up to those responsibilities advocating for a safe and discrimination-free environment and flexible learning-paths, supporting the needs of Roma students and respecting fundamental human rights.

“Discrimination and hate speech against Roma people is one of many reasons excluding them from the education system. Another reason is the fact that schools and universities lack the cultural sensitivity and support to integrate and respect Roma pupils and students,” says Gabriela Bergan, ESU’s Coordinator for Human Rights and Solidarity.

ESU has brought the issues of Roma people and minorities to the top of the agenda of higher education policies. “ESU had an internal working group on ethnic minorities that delivered an analysis on how Roma and minority students are underrepresented in higher education and examples of best practice to fight this phenomenon. ESU, in the framework of the Decade of Roma Inclusion, decided to focus on the situation of Roma people in higher education by carrying out some targeted actions and build a partnership with the SIRIUS network for children and youth with a migrant background for sustainable migrant education policies,” Bergan explains.