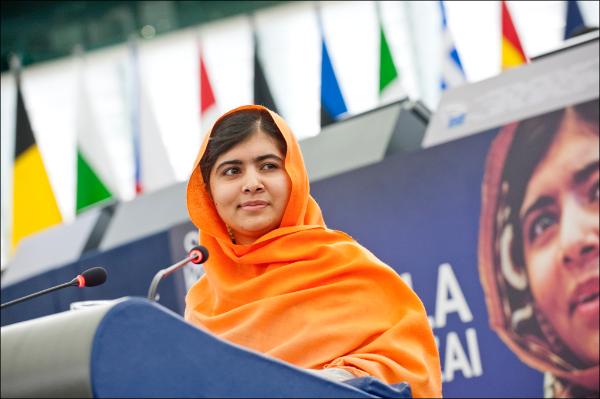 BRUSSELS – The European Students’ Union (ESU) congratulates Malala Yousafzai and Kailash Satyarthi who received the Nobel Peace Prize 2014 today for fighting against the suppression of young people and for their right to education. ESU believes this is an important recognition of education and its role in society.

“This prize supports the idea that education is a human right that should be accessible to everyone. It also underlines that children and youth have the right to be heard. Bringing these issues to the global debate in such a way is a great success especially when issues regarding education and youth are easily overshadowed by conflict,” says Elisabeth Gehrke, ESU’s Chairperson.

The Nobel Peace Prize Committee recognised in its evaluation how important it is that children go to school and are not financially exploited. It is a prerequisite for peaceful global development that the rights of children and young people are respected.

“It is rare that those of us who fight for the right for education get this kind of recognition, and we are so happy that the prize went to such a deserving person. We hope that if Malala decides to study at a higher education institution that she will continue fighting for access to education, also at university level. We would gladly welcome her,” Gehrke continues.

Malala, born in 1997 in Pakistan, has become one of the major activists in the world that advocate the rights of all people to receive education. Two years ago Malala was attacked by a Taliban gunman due to her campaigning activities for the education of girls. Since then, she has become a renowned spokesperson in the field of education, appearing before the United Nations and being named by Time Magazine as one of the world’s one hundred most influential people. Last year, her memoir I am Malala was published and received great attention.