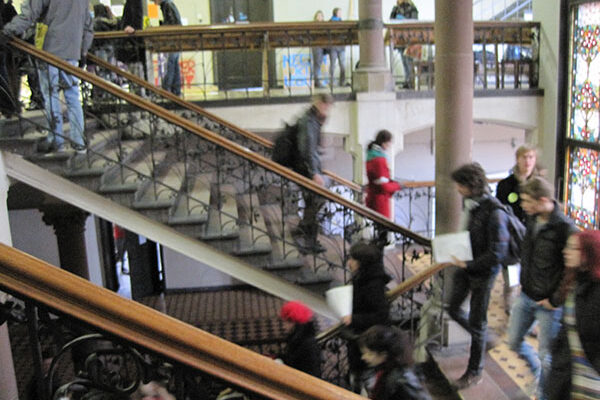 LUXEMBOURG – The European Students‘ Union (ESU) believes that a ruling made by the Court of Justice of the European Union (ECJ) on 20 June 2013 on the access of children of frontier workers to student support in Luxembourg is highly controversial. ESU is especially concerned about the commitments of state aid beneficiaries to a particular labour market and the possible introduction of student loan schemes in relation to the judgment.

The ECJ came to the conclusion that three citizens of the European Union were entitled to student support in Luxembourg even though they were not residents of the country because their parents worked in Luxembourg. The court held that state support discrimination could not occur on the basis of one’s nationality and that it could not be justified by budgetary reasons. While the court expressed an understanding for the national objective of Luxembourg to increase the number of residents with higher education degrees, it found this particular restriction was going beyond what is necessary to reach that objective. The court went as far as to suggest using a loan scheme instead of providing students with grants to reach this purpose.

“Higher education is primarily a national issue, which has also been recognised by the European Union in the past. The best way to enhance student mobility in Europe is to improve the portability of national grant systems. Problems with financing studies are the main obstacles observed by students when they engage in study programmes abroad, as we found out in our research publication called Bologna With Student Eyes 2012. This is partly due to the fact that most countries in Europe have not yet made their national grant systems portable for studies abroad at all or have major problems in the portability of their systems, ”  says Elisabeth Gehrke, Vice-Chairperson of ESU.

ESU is concerned that the outcome of this ruling may lead to the decrease in many of the national budgets used for higher education, as otherwise some governments may have to increase the budget used for financial support for students relatively to the amount of migrant workers or students. For students, this means that state support must be extended to those families whose parents are working in the country that offer such a support.

“At ESU, we believe that higher education is a public responsibility and that student support is a national responsibility. We cannot foresee movements of families across the European Union nor can we balance tax revenues versus student support of member states. What we can do, however, is to raise an exclamation mark above the tendency of the ECJ to tie the responsibility of student support to states with more attractive social system. This could create pressure on states with more advanced social systems to cut budgets or replace grants with loans. In this case, what today seems like ‘grants for everyone’ would soon turn into ‘grants for no one’,” says Gehrke.

The national unions of students in Luxembourg, UNEL and LUS, have participated in discussions with the country’s newly appointed Minister of Higher Education and Research, Ms. Martine Hansen, on what this ruling will entail for students and to protect their interests. It is expected that the government in Luxembourg will react to this ruling in the upcoming months.