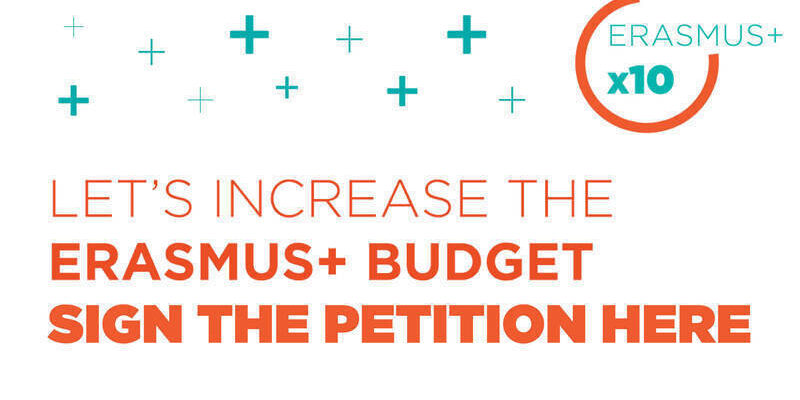 The European Students’ Union supports the Erasmusx10 campaign asking for 10 times more funding for Erasmus+ programme. Launched in September 2017, the Campaign is coordinated by the Lifelong Learning Platform, the European Youth Forum and Eurodesk. It will run mainly over the internet for the coming months, and it is aimed at positively influencing the outcomes of the next Multiannual financial framework (MFF) negotiations, due to happen in June 2018.

If the suggested increase seems ambitious at first glance, it is worth recalling that the current budget allocated for Education, Youth and Sports in the EU remains a tiny percentage of the overall EU budget (1.4%). Currently, only 4 million people, i.e. 0.8% of European citizens, are expected to benefit from the programme in the 2014-2020 period.

A 10 times increase of budget would show an important move towards the establishment of a Social Europe and European identity, thus better meeting EU citizens’ high expectations in terms of tangible benefits generated by EU policies and funding. Education is a key driver to socio-economic progress, to the fulfillment of EU2020 and the United Nations Sustainable Development Goals.

If you want to learn more about this Campaign, and find the way to be active in it you can check out the new website and stay up-to-date on the next steps!

The Erasmus+ Coalition gathers over 40 European-wide networks and civil society organisations representing the major beneficiaries of Erasmus+ programme at all levels. The idea of the “Erasmusx10” campaign emerged when European political leaders started advocating for a significant uplift of the programme’s budget.

The President of the European Commission Juncker himself, during the celebrations of the 30th anniversary of Erasmus+ in the European Parliament in Strasbourg, invited the institutions to be nine times more ambitious. Several heads of State and government of some Member States such as Belgium, France, Italy expressed the political will of a consistent increase of the Erasmus+ budget.

This clear support and acknowledgment of the programme’s benefit to citizens and Europe at large justifies the need for better financial support to make the programme more accessible and increase its quality.

The purpose of the campaign is to mainstream such individual and collective mobilisation, and to raise civil society voices from all parts of Europe to advocate for a more accessible and inclusive Programme.