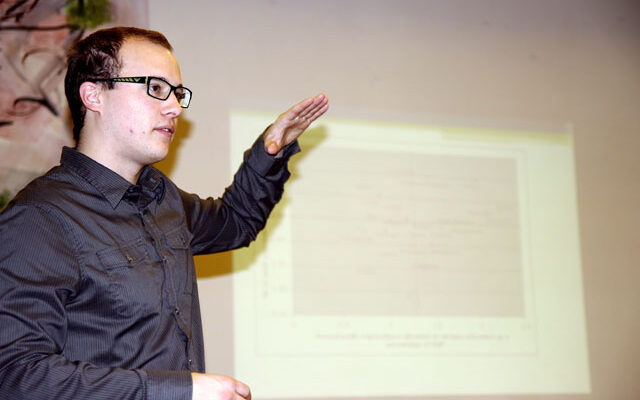 BRUSSELS – Public investments have not kept up with the rising number of students in higher education in Europe in the past twenty years. Quite the opposite, budgets for higher education have been cut in almost all European countries since 2008, with the most severe being up to fifty percent.

This is one of the main findings of the research team behind the Financing the Student Future project. The research process and the finding are presented in the Compendium on Financing of Higher Education, which was unveiled at a conference organised by ESU on 29 January. The report is based on a three-year investigation conducted by ESU in collaboration with the partner national unions of students in Austria, Estonia and the UK.

“This problem needs urgent attention of policy makers. Otherwise, it might have a very negative effect on both accessibility and quality of higher education. Nowadays, it is rare that countries invest more than two percent of their Gross Domestic Product (GDP) in education. In fact, the percentage has been going down in the past years and students have had to take on an increasing share of the cost-burden of their studies,” says Rok Primozic, Vice-Chair of the European Students’ Union (ESU) and main coordinator behind the event.

The research revealed also how different and diverse funding systems for higher education in Europe are. Education is primarily considered to be a matter for national states and therefore it is currently impossible to implement an ideal funding system for Europe as a whole. Bodies such as the European Commission have limited competences in affecting these financing policies even though measures have been taken under the Bologna process to harmonise education.

It was also discovered that the situation of students across Europe is very different when it comes to financing education. In some countries, mostly from the Northern part of Europe, students do not have to pay tuition fees and they receive some form of student support to help them cover living costs. In other, students spend more on tuition fees alone than what they receive as support from the state. Nevertheless, it was observed that public investments in tertiary education have a positive effect on the level of participation of students.

Tuition fees in 19 out of 26 countries

What is the most worrying finding of the FINST project is the changing perception of higher education as a public good in Europe in the past few years. Even though heads of states claim that higher education is a priority topic for them, major cuts in public funding do not show that they are committed to their words.

A majority of students in Europe has to pay some form of tuition fees and the situation is getting worse. Only 7 countries out of 26 do still have an education system that is free from tuition fees. Those are Denmark, Finland, Norway, Malta, Slovenia, Sweden and partly Austria, as universities are allowed to charge tuition fees there but have not introduced them yet.

What the FINST team found even more problematic is that 23 out of 26 countries observed in this study have been charging tuition fees for non-EU/EEA students. Finland, Norway and Malta were the only countries that did not charge such fees. In some countries such as the UK and Ireland, the tuition fees are very high and education is noted as service and a private good.

Education is a public good

“We have to discuss our values and priorities as a society and at some point we have to say stop to this development. Governments will have to acknowledge their responsibility and not only say that higher education is a priority, but also put more public money on the table to support these statements,” says Primozic emphasising how important it is to protect education as public good that should remain a responsibility of authorities.

A discussion panel was arranged at the end of the conference where participants debated the future of higher education policies. ESU invited Adam Tyson, Head of Higher Education and Erasmus at the Directorate General for Education and Culture at the European Commission, Thomas Estermann, Head of Governance, Autonomy and Funding Unit of the European Universities Association (EUA), and Sonia Grigt, from the Education and Employment Unit of Education International, to the event. The participants exchanged many interesting comments on the topic that you can read more about on Storify here.

Please visit the FINST website for more information about the project here.

Visit our Facebook page to see all the pictures taken at the conference here.

Click here to see copies of the presentations given at the conference.

Emanuel Alfranseder, President of the Erasmus Student Network, raised a question about the research at the meeting.

After the main results had been presented, the participants were split up into three discussion groups that each one presented their own views on the funding of higher education.

Blazhe Todorovski took part in one of the discussion groups at the conference.

Karina Ufert, ESU´s Chairperson, talked about the most recent developments in higher education policy in Europe.

The panel opened had an interesting debate on the future of higher education. From the left: Thomas Estermann, Head of Governance, Autonomy and Funding at the European University Association; Rok Primozic, ESU´s Vice-Chair; Karina Ufert, ESU´s Chair; Adam Tyson, Head of Higher Education and Erasmus at the Directorate General for Education and Culture at the European Commission; and Sonia Grigt, from the Education and Employment Unit at Education International.

George-Konstantinos Charonis, one of the editors behind the Compendium, asked the panel where should draw the line in cutting public funding to higher education.

Adam Tyson, Head of Higher Education and Erasmus at the Directorate General for Education and Culture at the European Commission, talks to ESU´s Vice-Chairperson Taina Moisander.