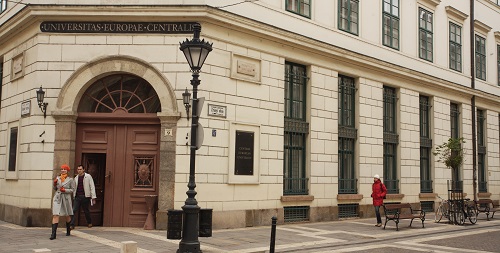 ESU and YFJ concerned about attacks on academic freedom in Hungary

Legislation passed by the Hungarian parliament yesterday has endangered academic freedom in Hungary. The bill that was voted through by MPs will severely restrict the operation of foreign universities in the country, including Central European University (CEU).
The European Students’ Union (ESU) together with the European Youth Forum express grave concern at the impact this will have on freedom of education and international cooperation with Hungary.
Liva Vikmane, Vice President, European Students’ Union says: “Attacks on academic freedom are unacceptable violations of the values the European Higher Education Area are built upon. We stand in solidarity with the Central European University in their fight to preserve the right to independent search for truth, and condemn the decision of the Hungarian Parliament”
Luis, President of the Youth Forum said “The right to freedom of education must never be compromised. The Youth Forum is extremely concerned by the legislation passed yesterday by the Hungarian National Assembly and we stand in solidarity with Central European University”.”

In twenty-five years, the Central European University has established itself as a private international university with a global reputation for teaching and research in the social sciences and humanities. It attracts students from 117 countries and faculty from 40. The US Middle States Commission on Higher Education (MSCHE) accredits the University as a whole, and the New York State Education Department (NYSED) registers its masters and doctoral programs. Appropriate Hungarian authorities also certify its programs and it has complied in full with all Hungarian laws.

Hungary has, as a participant of the Bologna process, committed itself to the values of the EHEA, which includes the principles outlined in the Magna Charta Universitatum and the Council of Europe’s recommendation Rec/CM(2012)7 on public responsibility and academic freedom.

ESU and the Youth Forum expect that all countries work to preserve and foster these principles, and fears that non-compliance will weaken the standing of Hungarian higher education in international cooperation between education ministries and academic communities.

The government’s legislation to alter its statute of operation in Hungary compromises its academic freedom and sets a dangerous precedent for academic life in other countries.

Due to the severity of the topic, we would like to reassure that making this proposal of high importance without involving the stakeholders of the higher education and transferring a professional decision in the political dimension are unmerited.

We respectfully urge Hungary’s President to reject this law and send it back to Parliament or the  Constitutional Court. We also request that the Government enter into consultation with CEU, bearing in mind the damage such legislation might do to Hungary’s well-founded international academic reputation, to its relationships with its European partners and with the United States.