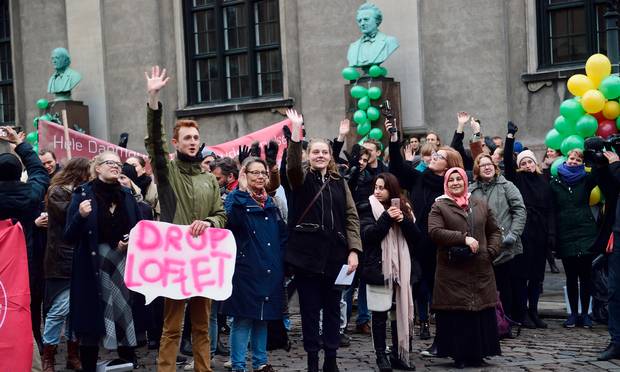 Denmark: 50,000 signatures against the ‘Education-Cap’

50,000 signatures have been collected in the proposal to scrap the ‘education-cap’,  employing the very first citizens’ initiative in Denmark: a newly implemented tool, which allows people with voting rights to write a law proposal. If the proposal reaches 50.000 signatures, it must be discussed in the Parliament.

The signatures expressed dissatisfaction with the nationally imposed “education-cap” (in Danish: uddannelsesloftet) on higher education levels. The restriction prevents students from taking more than one degree at the same or lower level within 6 years of graduation.

While the Danish Parliament is obliged to address the initiative written by the Danish pupil and student movement, there is no guarantee that it will be passed. To revoke the law, more than 90 mandates are needed, a backing which the main political parties have not committed to.

The National Union of Students in Denmark (Danske Studerendes Fællesråd) firmly believes that the abolition of the law is a question of political will and priority. Despite the massive public support for the current initiative and the national protests during the winter of 2016, many fear that politicians are not willing to listen and act on the proposal. The parties with the majority in Parliament stubbornly argue that the law has already been passed and that it should not be changed, undermining the very foundation of the citizens’ initiative – a process that should ensure the citizen’s ability raise their opinions and promote direct democracy.

The education-ceiling was passed in 2016 with the explanation that the state should not pay for more than one degree for each citizen (or government supported resident). The cap’s aim was to redirect saved money to the unemployment benefits 2020 scheme (in Danish: pdagpenge) with an allocation of approximately 40.200 euros. In January 2017, the majority in Parliament agreed on a flexibilization of the education-cap allowing the study of another degree six years after graduation date.