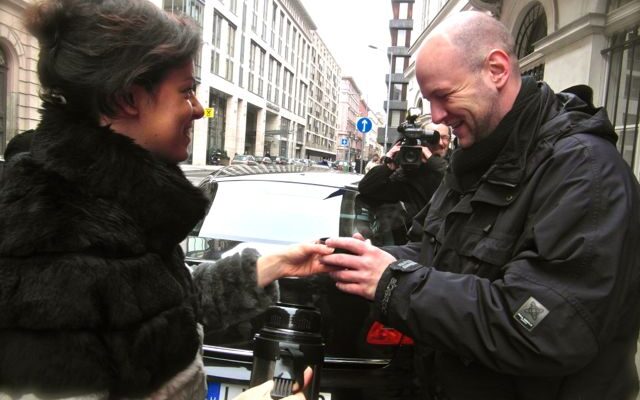 BUDAPEST – The Hungarian higher education waited for months without getting any relevant information. The pending changes – as the government refers to them – reforms were not unfold until the end of November. The first rumours about the new limits of the free study places got out on the 21st of November. It looked like, that there are going to be 24 780 places financed by the state incomes. The law and economist student’s places would have been reduced to zero.

On the 4th of December, after a few days of silence, startling news got out. Only 10000 financed spots (others have to pay tuition fees) are going to be available for the nearly 80000 applicants (Of course only after signing the student contract). In 2011 more than 50000 first year students could start higher education without paying tuition fees.

The Chairman of HÖOK, Nagy Dávid declared that „the previous draft about 30000 places was already unacceptable for the HÖOK”, but he „can not find words” for the new regulation. At this time, neither the HÖOK, nor the Hungarian Rector Conference have not seen the draft yet.

Finally, the government accepted the draft on the 5th of December. It’s not just the media that creates panic among the students. The government’s spokesman verified, that by next year, a lot fewer free places are going to be available. He revealed on the 6th of December that the earlier information that leaked out, are the same as the accepted ones. The HÖOK responded on the same day. They announced prospective demonstration during the next week, and nailed down, that they are willing to initiate a popular vote on the case.

The first important episode happened on the 10th of December, Monday. The students organized a forum at the Campus of the Eötvös Loránd University Of Sciences. The Representatives of the HÖOK were also there. High school and university students accepted their demands together, which are the following:

1. We are demanding the overall reform of the secondary and higher education.
2. Set back the number of free study places to the level they were in 2011.
3. Stop the withdrawal of the financial sources and compensate the distractions.
4. Eliminate the student contract.
5. Do not restrain the autonomy of the universities.
6. The overall reform should insure the possibility of higher education for
disadvantaged students.

In parallel with the capital, students also arranged demonstrations in other cities. After the forum in Budapest, youth trailed down on the streets, and occupied the Petofi bridge. After touching several universities, they went to the Parliament where the representatives were discussing next years budget in that very moment. The demonstration was peaceful, but was not the end. During the following three days, many joined from different cities.

The minister of human resources invited the HÖOK representatives for negotiation, but they turned it down because they wouldn’t have enough time to liaise their standpoint with the other education evolved organizations. Still they invited Viktor Orbán – the Prime Minister of Hungary – to the next days demonstration. He turned down the invitation the same day, declaring that every member of the higher education was well informed about the reforms earlier, so there is nothing to talk about.

On the 12th, the students gathered again in the Hall of Budapest University of Technology and Economics. During the event representatives of the Hungarian Rectors’ Conference, the Hungarian Educator’s Alliance, and other education evolved organizations took the floor. This event turned into a demonstration, and thousands of students marched to the Parliament again. Since then the protests have continued all across the country.

On Thursday (December 13th) high school students protested in Budapest at Moszkva Square, but in several universities students got together as well. More than 10,000 students marched on the streets, because of the government’s irresponsible education policy, while according to the government’s communication, actually they don’t have a reason to demonstrate, because the current students are not involved, in addition there will be no future tuition just cost price.

On Friday – December 14th – at the European Parliament in Brussels, Viktor Orban replied opposite to the questions: in his opinion the affair of the Hungarian tertiary education is solved, and on the other hand, they haven’t even come to a decision yet. On Saturday, the Prime Minister had agreed with unknown young people – some sources say the Fidelitas, the governing party youth organization members – and after that he stated that there wouldn’t be 2013 frame numbers at all, and the government will support free learning for all those students who is committed enough, exceeds the minimum score and in the future would like to exploit their acquired knowledge only in Hungary.

There is still no concept behind Viktor Orban’s statement, Zoltán Balogh EMMI Minister promised that the concept will be ready for Wednesday that’s why he invited the HÖOK’s representatives to further reconciliation.

We are going to continue the protests until the government begins a proper, constructive dialogue with the stakeholders and comes to a responsible, acceptable decision for the students. We are protesting the very moment.