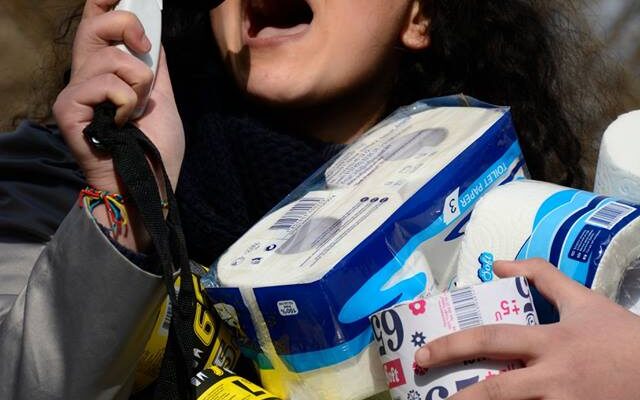 Armenian Students fighting for a better life on campus

From Toilet Paper to Improvement of Higher Education System

On 9 February 2018, several students from Yerevan State University (YSU) spread an announcement via Facebook about a new initiative which stated the following:

“YSU Restart” Initiative organises “a toilet paper collecting charity” because student fees are not enough to create a hygienic environment for students. The students bothered by this issue can have their investment by bringing with them toilet papers to the yard of YSU library and leaving it in the box placed in front of YSU library. This initiative became a subject of heated debate as it was disseminated on social media and covered by the media.

The objective of the action was to make the university more comfortable and educationally advanced for students, lecturers and university administration.

David Petrosyan, who started the initiative, says “We started with the simplest, toilet papers, which at first glance may seem trivial as it relates to basic hygiene, but we believe these seemingly small issues are often priority […] We have also discussed a number of other serious issues related to the library: the availability and accessibility of books, the student rights and the education quality. We believe that the time for reforms has come”.

Finally, the students have reached their goal: The YSU Department of Organisation and Control of Economic Activities provides now auditoriums with the hygienic items. However, the fight for their rights continues; on March 2018, “YSU Restart” submitted a list demanding other items such as hand dryers and air conditioners to the Head of YSU Rector’s staff, Margaryan Aram and Gharibyan Alik.

In parallel, meetings called “Out of classes” are held in a park where lecturers teach students all that is left out of university programs. “It is a platform which aims at raising legal awareness of students by familiarising them with self-governance and autonomy of the university”. The programme is open for cooperation, aiming at building a healthy and high-quality educational environment for students at YSU.