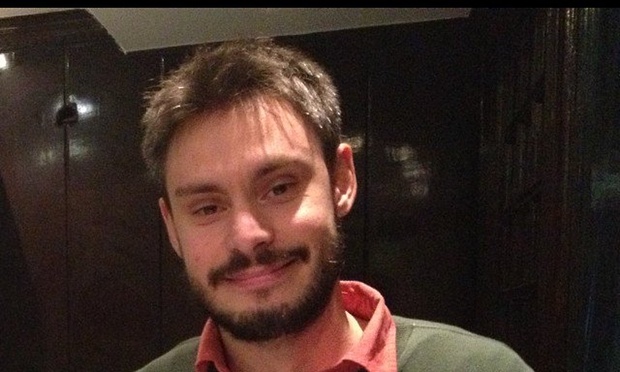 Academic freedom in Egypt: We need justice for PhD student killed in Egypt

Giulio Regeni, a 28 years old Italian PhD student at the University of Cambridge, has been killed in Egypt while conducting researches for his thesis.

Regeni was a PhD student at Girton College of Cambridge. He was born in Fiumicello (Udine), in Italy, where he started his studies. After living for some years in Trieste as a high school student, he won a grant and completed school in New Mexico. He then moved to University of Leeds, where he graduated in “Arabic and Politics” and decided to go to Cambridge for a Master in Development and a PhD at the Department of Politics and International Studies. For research purposes, he moved to Egypt in order to study the actions of the Egyptian Worker Unions and other movement engaged in the fight against the regime of al-Sisi.

Giulio Regeni disappeared in Cairo on the 25th of January, 2016, at 8 pm while he was going from Behoos Station to Midan Babellouk. Only a couple of hours after he was last seen, the campaign #whereisGiulio? spread on social networks – nobody knew where he could be and authorities themselves were denying arresting him or even having been in contact with him. At the same time, Italian national newspapers were referring to the 2015 report of Human Rights Watch, saying that thousands of arrested people in Egypt have completed disappeared: in some cases somebody reappeared, after a long time, in jail but the large majority was not found anymore. In any case, all of those who disappeared were somehow related to the opposition to the Egyptian President, Abd al-Fattah al-Sisi.

On the 4th of February, 2016, Regeni’s dead body was found and the news spread rapidly. The first newspaper reporting it, the Egyptian “Al Watan”, said the dead body of a young man was found in a ditch in Cairo. It was a naked body with visible signs of torture.

Giulio has been tortured to death: the autopsy made in “La Sapienza”, in Rome, revealed he was beaten up, having all thumbs broken, the nails teared away, seven broken ribs, signs of electric shocks to his genitals, razor cuts all over his body, his nose and ears mutilated, huge cigarettes’ marks and a cerebral hemorrhage.

International media are actually stuck on two different positions: some believe Giulio was killed by the security service of Abd al-Fattah al-Sisi because of his research on the activity of the Egyptian leftist movement in opposition to the Government; others, mainly Egyptian media, believe that he was killed by secret service agents, close to the Muslim Brotherhood, who did so to create problems to the Egyptian Government.

What we know, for sure, is that Giulio has been killed because of his research activity. His murder was a direct attack to academic freedom, showing once again how Education is the scariest threat to all kind of regimes.

Giulio was a young man willing to better understand the world. He knew the dangers of his research but decided to continue anyways, not only for himself but for all of us, just like every scholar does on his or her field of studies.

We need justice for Giulio.