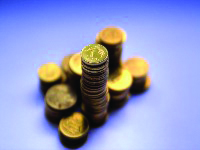 A phantom of the Erasmus budget crisis is back

BRUSSELS – Once again the European Union has sent students an upsetting message about the Erasmus and Lifelong Learning Programmes as an amended budget proposal only allocates the bare minimum needed to meet financial obligations in 2013.

According to the proposal, the Lifelong Learning Programme would receive around 120 million euros in 2013, of which Erasmus accounts for almost half, and 6 million euros in addition for Erasmus Mundus. Doris Pack, the Chair of the Education Committee of the European Parliament, warned on Thursday 28 March that a possible budget deficit of the EU of 11 billion euros might have severe consequences for the Erasmus programme.

This warning contradicts a deal that was struck between the European Parliament and the European Council just before last Christmas break. Students were told then that all uncertainty about the funding of Erasmus and the education programmes in 2012 and 2013 had been averted.

“These are very mixed messages we get from the European Union and not assuring for students that are making their plans for future. The Erasmus programme gives many students the chance of seeking experience and knowledge abroad that they would not be able to do without a financial support. Any insecurity surrounding the Erasmus programme needs to be eradicated now. We need a strong commitment from all the EU institutions saying that adequate funds will be provided,” says Karina Ufert, Chairperson of the European Students’ Union.

Negotiations for the new Erasmus For All programme, as a part of the new EU’s multiannual financial framework from 2014 to 2020, are still ongoing. In January, the EU heads of states agreed a deal which would mean the first budget cut to the EU funds ever if approved. However, they said especially that budget for education and research would be protected. Nevertheless, the programme would get around 20 per cent less funds than the European Commission had proposed originally.

“A weak commitment by the leaders of the EU Member States to ensure enough funds for the EU education programmes in 2013 does not give us much inspiration and courage for the years to come. The EU Member States need to follow-up on what they told us in December and make sure that all payments will meet obligations both now and in the future,” emphasises Ufert.

Delegates from the European Commission, Council and Parliament will meet for trilogue discussions on the 23rd of April where they will continue their work on the proposal for Erasmus For All.

“We need a faster and a more reliable decision making on the budget for education programmes in the EU. Students cannot face an annual uncertainty because of internal disagreements on the total budget for the EU. Policy makers need to think about the future generations of Europe that contribute to the creation of a European identity and prosperity,” Ufert concludes.