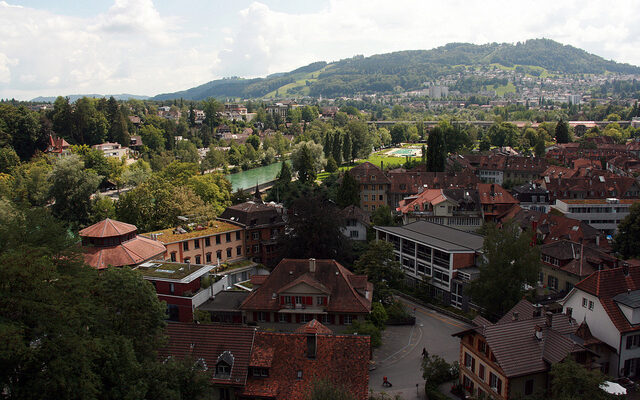 BERN – A decision to double or even triple the tuition fees paid by students whose parents do not pay taxes in Switzerland would diminish the country’s international student population, reduce cultural diversity and hurt any attempts to attract talented people from all over the world. This is the opinion of the European Students’ Union (ESU).

The Socialist Party of Switzerland put forth a motion in March requesting that foreign students studying at the Federal Institutes of Technology in Zurich and Lausanne would pay between two and three thousand Euros in tuition fees per year, depending on their fiscal residence, while domestic students only have to pay just over one thousand. Additionally, a motion of the Swiss People’s Party demands to double tuition fees for foreign students. ESU agrees with the concerns of the Union of Students in Switzerland (VSS-UNES-USU) that strongly opposes making such a difference between domestic and foreign students. Already today, foreign students have to pay higher tuition fees at several Swiss universities ranging from 200 to 600 Swiss francs more than others per semester.

“Even though Switzerland is not a member of the European Union, this motion is in great contrast with the future vision to construct a European Higher Education Area and to improve student mobility throughout Europe. It worries us that this initiative may be used to implement a double tuition system in all universities in Switzerland when Europe should be moving in the opposite direction, creating more opportunities for everyone to study abroad,” says Karina Ufert, Chairperson of ESU.

Examples from other countries

When Sweden introduced specific tuition fees for non-EU/EEA students in August 2011, the number of foreign students including EU nationals dropped from 36.000 in 2009 to 16.700 in 2011. In order to retract students, more scholarships were offered and marketing increased significantly contributing to rising costs again as Sweden strives to be an attractive destination for international students.

Recent examples and researches from Sweden, the Netherlands, Denmark and Finland have all revealed that international students are in fact an asset, not only to the society but also to the economy. Most of them try to stay behind following their studies contributing to the national economies and thus paying back for their studies through taxes or their participation in those societies.

“It is therefore an invalid argument to say that Swiss taxpayers will pay for their higher education through their taxation while additional financial burdens should be put on foreign students. Switzerland would instead lose many of its international students that would not be willing to pay double compared to nationals and would otherwise contribute to the Swiss economy and society. Financial constraints are among the main obstacles in improving student mobility in Europe and one of the main factors that students think about when deciding where they should study,” says Ufert.

“Currently, there are differences at some universities, since it’s up to them to decide how much tuition fees they want to charge. But until now, the difference is not that big. We are strongly against raising tuition fees for foreign students, since we stand for free access to higher education and we don’t want students to be selected based on their financial possibilities,” says Manuela Hugentobler, a member of the Executive Board of VSS-UNES-USU.

The Federal Assembly in Switzerland is expected to debate the proposal this autumn.