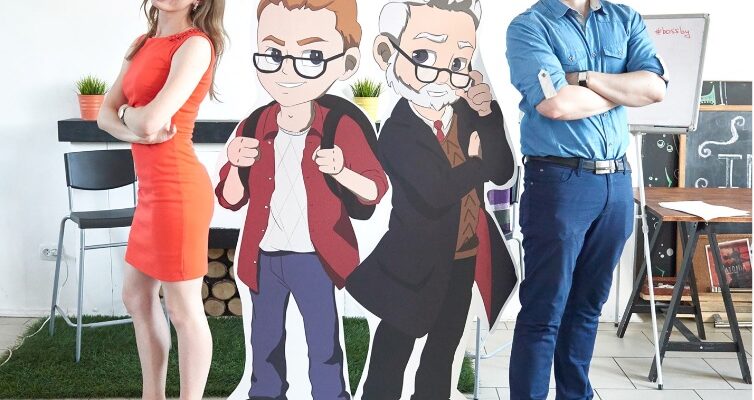 The Bologna informational campaign was launched in Belarus

This fictional character reminded of the fact that in June 1999 29 countries “declared to take a full responsibility to increase competition within the European Higher Education Area”, and since May 14 Belarus is involved in the process.

“My partners have developed the road map concerning the transformation of Belarusian system of higher education. The external experts, who have recently visited Belarus, were quite frustrated with absence of significant changes in the system of higher education. That is why I’m here! This summer I will show you the University of the Future.” – Mr. Bologn explains the reason for his appearance in social media.

In the video episodes Mr. Bologn simply explains what the Bologna process is and how it is supposed to function. Mr. Bologn explains the following values:  autonomy of universities, in which way students can influence academic programs, teaching staff structure, forms of trainings and even flows of funds.

“If students are lacking books or reagents – universities will never spend money on the numerous bouquets for numerous deputies,” – Mr. Bologn shares values of Bologna system in the first episode. In the second episode he explains why universities should have better influence on the system of education using the most common phrase among fresh graduates : “Now, forget everything you were taught.” In the third and fourth episodes Mr Bologn speaks about student self-government and academic mobility.

The rapid emergence of Mr. Bologn in the internet has sparked debates concerning the authorship and content of these materials. In a week time the videos collected a few thousand views and continued to spread over the Internet. However, on 18 June the secret about the authorship was revealed. It turned out that in the process of development of these materials a large team of student activists and recent graduates was involved. They are all volunteers of the Brotherhood of Organizers of Student Self-government (BOSS). About six months they worked hard in order to conduct an educational program on the Bologna process. All in all there were 4 video episodes and 10 graphic images.

“For many belarusians there is a certain confusion regarding the actual values and principles of the Bologna process. A year ago, together with the international officer of our organization, Julia Dobyshuk, we decided to create educational materials on the subject. They should be clear and, at the same time, authentic. And in February of this year, thanks to the great team of associates, the character Mister Bologn was created, which displays the need for unity of qualitative changes for leading teachers and for free-spirited students. Also, we deliberately removed the focus from the organization and focused on the topic,” said one of the authors of the idea – Alexander Lutsevich.

You can watch all videos on the channel of Mr. Bologn in Youtube
For additional data, please contact BOSS international officer – Julia Dobyshuk
Email: juliadobyshuk@gmail.com