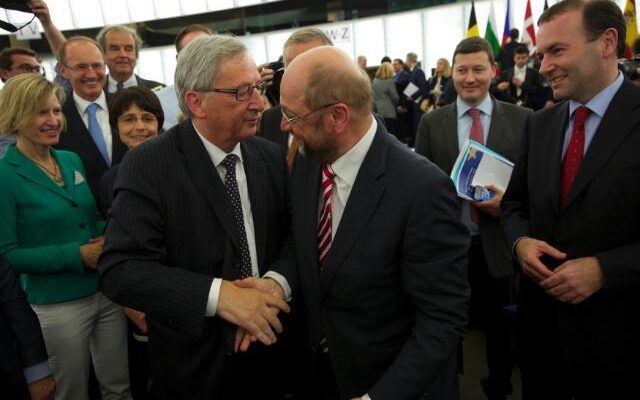 BRUSSELS – A draft proposal for a new organigram of the European Commission shockingly undermines the diversity of education, which is no longer a part of a Commissioner’s portfolio but instead referred to as “skills”.

The European Students Union (ESU) and the Organising Bureau of European School Student Unions (OBESSU) are outraged by this proposal that does not comply at all with students’ perception of education. A research project presented by ESU this year proves that students consider education to be much more than simply a training of skills. According to this study, students think that education also plays a critical role in personal development and active citizenship. They did not perceive education as a tool that should match the needs of the labour market, but as an instrument that should reflect the needs of each society as a whole.

“The European Commission and the member states of the European Union are not taking the education community in Europe seriously if this proposal will be adopted. This is a terrible mistake that does not recognise the multifaceted role of education,” says Elisabeth Gehrke, Chairperson of ESU.

Education is not a side-product

Although OBESSU and ESU acknowledge fully that youth unemployment is a crucial issue, it will not solved by denying the role of education in Europe. The organisations are concerned that education will become a side-product seen through the lens of skills, when it should be considered as a vital instrument in creating a better future for Europe.

“OBESSU is very disappointed to hear of the news from the Commission. At OBESSU we firmly believe that education has a very broad range of benefits for society as well as individuals – providing the right skills for the labour market being only one of them. Education is a human right and a public good and the social dimension of education must also be recognised. We urge the European Commission to rethink the whole portfolio and replace ‘Skills’ with ‘Education’ or ‘Learning,'” says a statement that the Board of OBESSU released today.

The draft proposal for a new organigram of the European Commission was leaked to Euractiv that published it today Thursday 4 September.