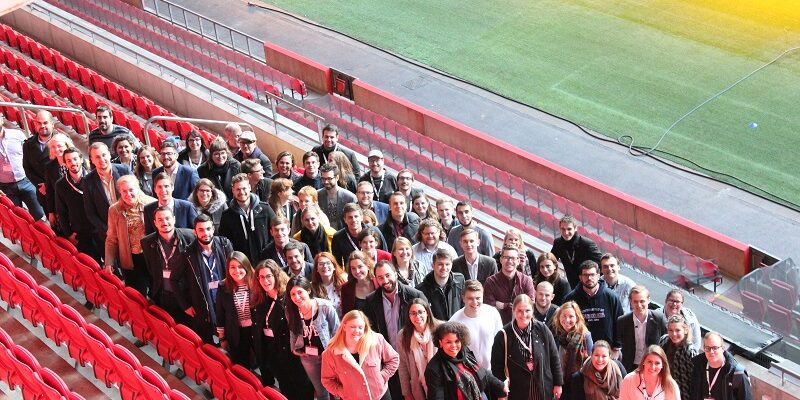 CARDIFF  – During our 34th European Student Convention in Cardiff, taking place between 10-12 October 2017,  student representatives from across Europe gathered to discuss the future of education across the EHEA – from language and environment, to ‘Brexit’ and Bologna. The event was organised by the National Union of Students in Wales (NUS-WALES) in collaboration with the European Students’ Union (ESU).

On Brexit: Students want freedom of movement for students and academics and the continuation of Erasmus programme

“Academics and students from across the globe bring immense cultural, economic and educational gains to our universities and to our communities” said Kirsty Williams, Welsh Cabinet Secretary for Education.

“Until we have the final agreement , we’ll not know what is going to happen. Our hope and our wish is that opportunities for students will continue.” says Caroline Sundberg, Vice President, European Students’ Union.

In light of the upcoming EHEA Ministerial Conference in Paris, students discussed preparations for the landmark ESU publication “Bologna with Student Eyes”. The study provides a reality check and a counter narrative to the governments and sometimes universities view on the implementation of the Bologna Process. Issues such as financing, quality assurance, student-centred learning, inclusion and recognition are just some examples of struggles students still face.

Towards a well-being society

During the event, students learn more about sustainable development and how they can contribute to a well-being society. Furthermore, they discussed challenges faced by women, students with disabilities, lgbtq+ community, refugees & roma community and policy proposals to empower these groups.

“We are the people whose futures depend on the decisions that are made by those in power today. It is incumbent upon us, as representatives but also as citizens, to use our platforms and make our voices heard” says Ellen Jones, NUS Wales President