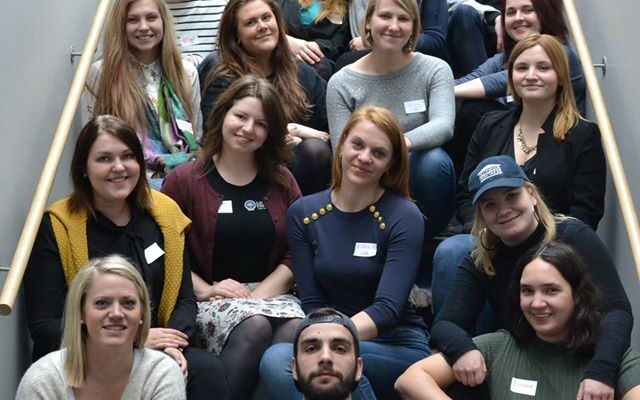 Between 15th-17th of April 2016 EÜL (The Federation of Estonian Student Union) held a meeting of the National Unions of Students of Nordic and Baltic Countries (NOM) in the university city of Estonia – Tartu. The main topic of the NOM meeting was the quality teaching in Higher Education, and students’ learning skills.

During the official NOM meeting on the 17th of April, the NUSs unanimously passed a resolution, addressing the rise of right-wing extremism using the example of Soldiers of Odin, and condemned the increase of racial discrimination against international students in their countries.

The passed reslolution in its entirety:

“We the  national  unions  of  students  in  the  Nordic  and  Baltic  countries (NOM, Nordiskt Ordförande Møte) condemn the rise of extreme right-wing  movements and discrimination of international students in the Nordic and Baltic countries.
The current migration crisis in Europe has facilitated the rise of right-wing extremist movements throughout Europe. In Nordic and Baltic countries movements like the Soldiers of Odin have openly positioned themselves in violent opposition of people with certain ethnic backgrounds and religious beliefs, threatening violence and vigilante justice. These movements create a discriminative and unsafe environment for all international students.

Statements made by the Soldiers of Odin, which state that among international students there are “hidden refugees,” among whom there are terrorists and criminals, are absurd and dangerous. As a result, the safety of international students and the safety of all people of foreign background in the Nordic and Baltic region have plunged. This is unacceptable in countries that abide by the Universal Declaration of Human Rights.

We as student unions can lead by example and be a force of change. We pledge to strive for the full inclusion of international students in our own work as a way to stand up against racism, xenophobia and any violation of human rights.”

NOM (Nordiskt Ordförande Møte) is a cooperating network consisting of the Nordic and Baltic national umbrella-organizations for students in higher education. NOM first convened in Aarhus, Denmark in 1946 and meets twice a year to discuss and work on common challenges students face.