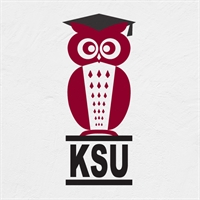 The Kunsill Studenti Universitarji (University Students’ Council) is the oldest national student union in Europe. KSU was founded by Arturo Mercieca (later Chief Justice Sir Arturo Mercieca) in 1901, as the Comitato Permanente Universitario. The student union involved itself in student politics as well as national politics. KSU represents all students attending the University, Junior College, the Institute of Health Care, Medical School and the Malta Centre of Restoration – on both a national and international level.

Although times have changed since the organization was founded, the aim of KSU remains unchanged. Although Malta has progressed greatly since 1901, this does not reduce the importance of the contribution that each and every student can give to universities and society in general. Life at university should not only consist of studying and KSU is an ideal forum where every student can express his or her ideas regarding issues that, strictly speaking, have nothing to do with his or her studies. KSU gives the student the opportunity not only to attend, but also to form a part of the university.

Our mission is to represent university students in Malta, on both the national and international stage, in educational and social policy matters, as well as ensuring the access and quality of the student’s higher education.

Although KSU is a dynamic organisation in itself and is as such open for change and debate, like other organisations, it finds its roots in a set of fundamental objectives on which the organisation was founded.  Over the past 115 years, KSU has been working: