The student movement in Romania paid tribute to those who paid with their lives for the freedom of all Romanians. Organizing ANOSR’s General Assembly meeting in Timișoara, the place where the road to democracy started 30 years ago, was a powerful moment of reflection on the impact that the fight for rights has on the development of the society. We have the responsibility to continue to uphold a critical attitude towards any skids that could endanger the rule of law and at the same time to capitalize on these moments of peace and constructive dialogue. 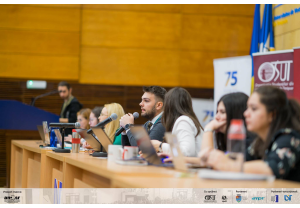