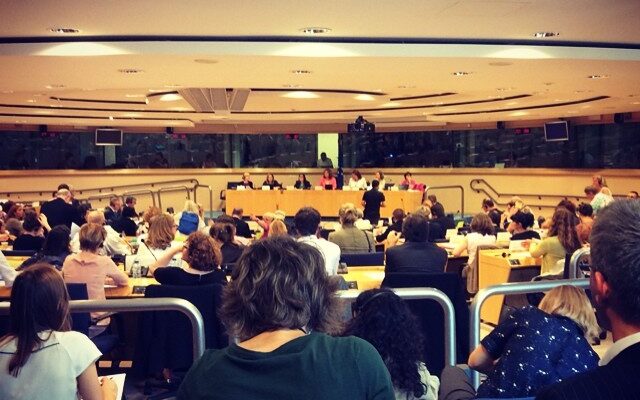 ESU welcomes a new committee for education and culture

BRUSSELS – The European Students’ Union (ESU) looks forward to working with new members of the Committee on Education and Culture of the European Parliament following the European elections that took place in May. It also welcomes Silvia Costa, from the Socialists and Democrats (S&D) party, as the new Chairperson of the committee.

“We are very happy and excited to have a new CULT committee in place. This mandate will offer many challenges and opportunities when it comes to education so they will have a tough and hopefully fruitful period. We look forward to working with the European Parliament, and intend to do so more than ever before,” says Gehrke.

Following-up on Vote For Education

ESU strives to get to know the members of the newly elected parliament and follow the work of relevant committees and structures following the elections.

“It is important that we follow-up on our previous work with the newly elected parliament. Last winter we organised a successful campaign named Vote For Education where we collected signatures from around 120 candidates for the European Parliament to a student-based manifesto. In it, students’ wishes for the upcoming election term were elaborated,” Gehrke says.

ESU will seek to establish an ever closer contact with the European Parliament in discussing issues related to higher education as one of the main stakeholders in the field representing 47 national unions of students in 39 countries in Europe.

“Issues such as student-centred learning, the social dimension and the public responsibility of higher education will rank high on ESU’s agenda this year. We hope that we can work actively with the European Parliament on those issues in addition to others that impact students,” says Gehrke.

The next meeting of the CULT committee will take place on 3 and 4 September 2014. More information about the CULT committee’s activities are available on its website here http://www.europarl.europa.eu/committees/en/cult/home.html