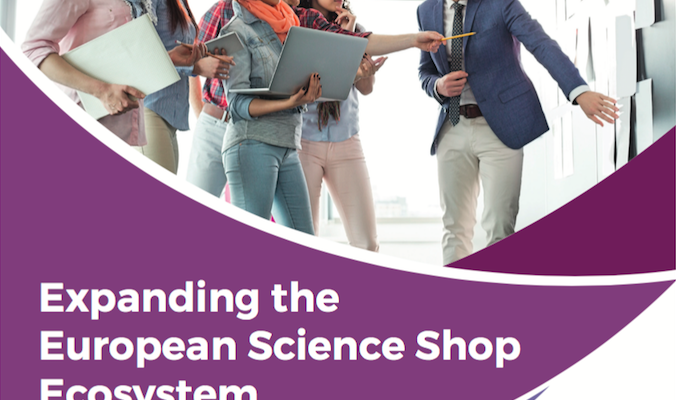 The European Students’ Union (ESU) is part of the new Horizon2020 project – SciShops. The project started in September 2017 and will promote and prove the benefits of starting a science shop for every type of organisation, but also the advantages civil society gains from being involved in science through community-based participatory research.

The project will establish ten new science shops in Europe in order to  map and expand the field’s ecosystem in Europe.

To help organisations wishing to set up new science shops, strategies and tools will be developed, such as a knowledge hub, a SciShops navigator and twinning and matchmaking platform.

At the moment, in-depth case studies of existing science shops are being conducted in order to compile best practices from around the world.

The project has also launched a pan-European survey to gather insights from researchers, communities, policy makers and local authorities on their knowledge and experience of participatory community-based research.  We encourage anyone wishing to contribute to subscribe to the survey details.

The SciShops project comprises 18 partners from Europe and is coordinated by SYNYO in Austria.

What is community-based research?

Participatory research evolved as an alternative system of knowledge production. It recognises average people as researchers themselves, in pursuit of answers to the questions of their daily struggle and survival. Under this system, the intention is to mobilise people affected by the problem under study to take action and become part of the process of change.

What are Science Shops?

Science shops were firstly established in the Netherlands in the 1970s. Since then, the concept expanded all over the world, across various types of organisations and fields.  Being one model of community-based research, science shops bring together relevant stakeholders for demand-driven research projects.