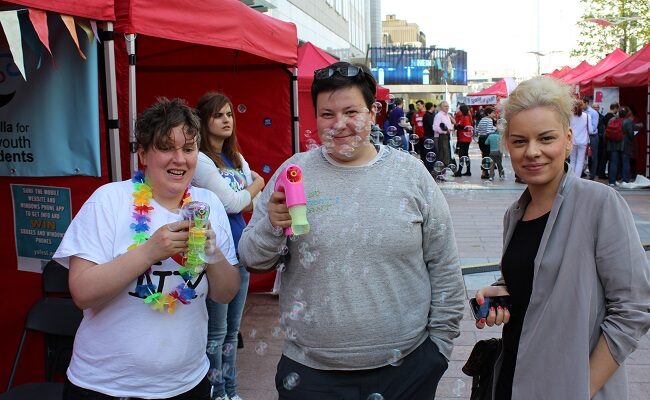 An article written by IGLYO

Nations across the globe have agreed, in writing at least, that education is a human right for all. The UN International Covenant on Economic, Social and Cultural Rights, the UN Convention on the Rights of the Child as well as the European Convention on Human Rights are all examples of international documents that uphold the principles of equal opportunities and non-discrimination in the field of education.

Extensive research and data regarding discrimination in schools based on sexual orientation, gender identity and expression that is available in some countries provides clear evidence that the human right to education is in fact often violated. Unfortunately there is very little, if any, research and information available on discrimination and its effects on Lesbian, Gay, Bisexual, Transgender and Queer (LGBTQ) students in higher education. However, it is worth asking what the results available at school level can tell us about discrimination in higher education.

Discrimination in schools takes the form of bullying that is based on sexual orientation, gender identity or expression (LGBTQ-phobic bullying). Research to date has shown that such bullying usually consists of negative comments and name-calling, as well as verbal harassment, cyberbullying and physical abuse. The effects of bullying include:

Indicatively, homophobic bullying causes 32% of gay pupils in the UK to change their future plans for education, while 44% of LGB pupils skip school because of homophobic bullying and 13% skip school more than six times (Stonewall; The School Report: experiences of gay young people in Britain’s schools in 2012). Additional data across several countries is available in the IGLYO on Bullying publication, available online (http://issuu.com/iglyo/docs/iglyo_on_bullying).

The isolation and marginalisation experienced at school as well as wider society that can result in non-progression of LGBTQ individuals to higher education is a key cause of social exclusion, which often includes estrangement from friends and family networks.

Responding to the problem
Students and students’ unions should ensure they are inclusive of everyone, regardless of sexual orientation, gender identity or expression, for example by using inclusive languages and practices, as well as by challenging any LGBTQ-phobic comments and behaviour.

Fostering cooperation between LGBTQ organisations and students’ unions as well as broader youth organisations is a key step in working towards truly safe, inclusive education that is free from all forms of discrimination.  IGLYO – The International LGBTQ Youth & Student Organisation, has members in almost every European country. A full list of members is available at http://www.iglyo.com/about/members/. Further information on IGLYO and our work is available online; you can find our details below.