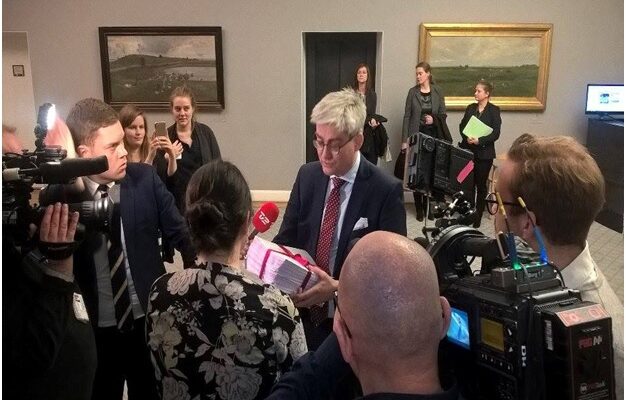 DSF: The Danish parliament will vote to illegalise taking a second degree

On Monday, the 19th of December, the Danish parliament will vote on a law that will make it illegal for students to take more than one degree at a specific level. This means that students who want to take a second Bachelor or Master degree will not be allowed to do so.

The reasons behind it are uniquely economical and based on reducing the national budget for higher education. If the law passes, it will be implemented starting with the 2017 summer admissions and thousands of students will then find themselves in a negative position. In fact, this law will negatively affect all of the currently enrolled students who are already planning to take a second degree or graduates that would like to change or expand their academic or professional paths. This has created a climate of insecurity among many students and many of them have already decided to drop out of their current studies in order to be able to start all over again and avoid the consequences of this law.

The Danish Minister of Education has opened the doors to the possibility for students and graduates to be able to pursue a second degree on the condition that they pay tuition fees in exchange. This proposal has the potential of having catastrophic social impacts in a country where education is free of cost for Danish and EU citizens. Only a small part of the population would have the economic means to afford a second degree, harshly punishing in this way lower and middle social classes.

Some actions have already started to take place among students and other relevant actors. Among others, a signature campaign has managed to collect more than 77.000 signatures against the coming law and there has been a 24 hour long sit-in in front of the Parliament. The actions will culminate with a final demonstration co-organized by the National Union of Students in Denmark (Danske Studerendes Fællesråd – DSF) where thousands of students are expected.

[Photo: Yasmin Davali, Chairwoman of the National Union of Students in Denmark (DSF), hands to the current Minister of Education 72 thousand signatures against the proposed law. Since then 5000 more signatures have been added in 4 days”]