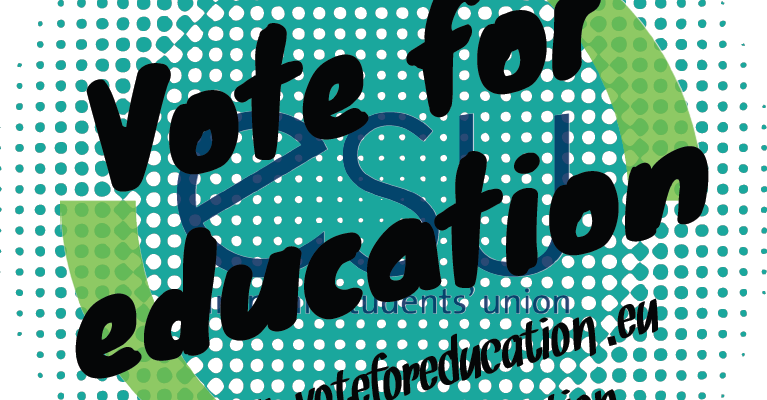 Candidates for the European Parliament vote for education

BRUSSELS – Today, the European Students’ Union (ESU) launched a campaign for the upcoming European parliamentary elections where candidates are asked to pledge their allegiance to an education manifesto.

National unions of students in Europe will ask candidates in their respective countries to sign the manifesto, which expresses what students want from the European Parliament in terms of higher education. By signing this document, the candidates show their support to ten articles that were adopted by the highest governing body of ESU last December.

“We need to get the students’ voice heard in the parliament. For this reason, we have created a manifesto with the ten most important things that we would like to see the new parliament work for,” says Elin Blomqvist, a member of ESU’s Executive Committee who is the main organiser of the campaign.

ESU has opened a new website that will be dedicated to this campaign. Signatories from candidates in all member countries of the European Union, except Austria, Belgium, Germany and Italy, will be collected on the website. Those candidates will in exchange get their names published online as supporters of the students’ manifesto. The campaign’s slogan, Vote For Education, characterises ESU’s intention to give attention to higher education in the election debate. Candidates will not only be informed about students’ expectations for the elections, but students and other stakeholders will also have the opportunity to see what candidates will support the campaign by claiming to be friends of higher education. All candidates can thus be held accountable for their responses.

Several events will also be organised as part of the Vote For Education campaign, including a manifestation at Place Luxembourg in Brussels in March and a roundtable discussion with students at the European Parliament in April. Campaigners from ESU will also have their hands full at the European Youth Event in Strasbourg in May. A full list of events will be made available on the campaign’s website and its Facebook page.

ESU hopes that the campaign will not only raise the issue of higher education in the election debate, but also encourage students to register and participate in the European elections in May. Only by voting can they make an actual difference and influence policy-making processes for higher education.

“Young people are the future of Europe and decisions that are taken now will affect their lives in the years to come. This is why it is important that the students’ thoughts and demands are heard in the parliament,” says Blomqvist.