Armenian and Turkish student representatives at the European Parliament

BRUSSELS – The Student Council of Turkey (SCT) and the Armenian National Students Association (ANSA) invited people to a dialogue at the European Parliament on 3 March. The aim of this meeting was to show an example of good cooperation between Turkey and Armenia, but these two movements have been working together on a student exchange programme.

This meeting gave the Turkish and Armenian student movements the opportunity to establish a direct dialogue with policy-makers and other stakeholders present at the European Parliament. The event elaborated on how grassroots students were able to step aside from the diplomatic ties of these two countries and work together towards a common goal. Therefore, it was decided to organise this event at the heart of the European Union to give all those that were interested an opportunity to talk directly to the youth of those two countries.

SCT and ANSA explained their aim of establishing a friendship through projects and by improving collaboration and relationships in sports and the academic and economic area. In this context, the associations have advocated for establishing a direct dialogue among stakeholders without intermediaries.

Several events have been organized as part of this cooperation since it started although their most prominent common project is running the student exchange programme. Three students benefitted from that experience already last year.

Fernando Miguel Galán Palomares, Vice-Chairperson of the European Students’ Union (ESU), attended the conference as a speaker and welcomed this initiative. ANSA did already formally join ESU as a member in December 2012 at ESU’s Board Meeting in Valletta, Malta. SCT became a candidate organisation for membership to ESU at the same meeting, whose application is currently under review. The idea to establish a student-based partnership between Turkey and Armenia was developed in the follow-up of ESU’s Board Meeting. 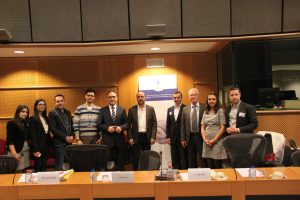 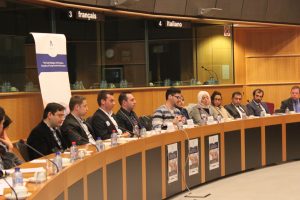 The European Students’ Union, headquartered in Brussels, is the umbrella organisation of 47 national unions of students from 39 European countries. ESU represents and promotes the educational, social, economical and cultural interests of students at the European level. Through its member unions, ESU represents over 11 million students in Europe. To find out more about ESU, follow us on Twitter @ESUtwt, check out or Facebook page or visit www.esu-online.org. ESU celebrated its 30th anniversary in 2012.