ESU has assembled a set of proposals to put education at the centre of Europe’s future. Now you can support them!

The Conference on the Future of Europe and the 2022 European Year of Youth are significant moments to reflect on the future of Higher Education in Europe, towards the establishment of the new EU European Education Area and the strengthening of the Bologna Process and its European Higher Education Area. Accordingly, ESU has assembled a set of proposals to put education at the centre of Europe’s future. 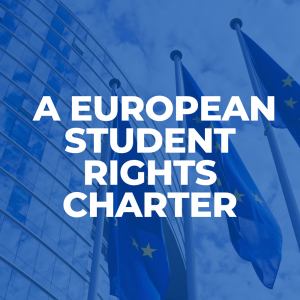 The European Pillar of Social Rights, the process to establish a European Education Area by 2025, and the creation of European Universities put the issue of cohesion between and within Higher Education Systems and the social dimension of education to the forefront of the agenda.

The European Students’ Union proposes the adoption of an EU Student Rights Charter, possibly adopted by a solemn declaration of the institutions, or approved by the EU Council, which would lay the minimum set of rights that students in the EU would and should enjoy, whether they are at home or the mobility, from the local to the European level.

To not diverge from the European Higher Education Area and use its best practices, this Charter should be based upon the EHEA Principles and Guidelines for the Social Dimension and co-drafted by the main representative European student stakeholders.

The Charter would be the basis for the targets of all the policies concerning education (e.g. social scoreboard, European Semester etc.). 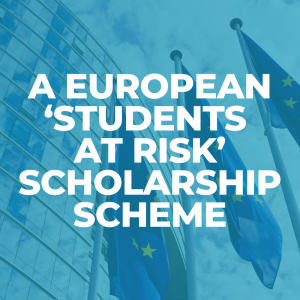 Academic Freedom is under threat and shrinking in several parts of the world, including the EU neighbourhood, as the situation in Belarus demonstrates. In Europe, there are few schemes to allow fully-funded scholarships for students at risk of being persecuted in their countries (the Norwegian Students At Risk programme, the German Hilde Programme). Still, no EU general scheme for students exists.

The European Students’ Union proposes establishing an EU-wide programme, ‘Students At Risk’,co-funded by the EU and the Member States, to allow students at risk of persecution in their country of origin to pursue their studies with a fully-funded scholarship in one of the EU Member States. The programme should draw upon the experience of similar existing programmes at the national level and those already existing at the EU level for researchers. 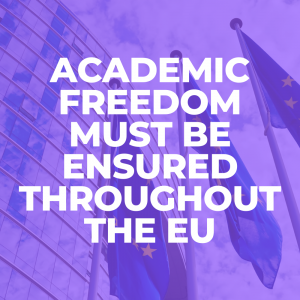 Academic freedom must be ensured throughout the EU

Academic freedom and respect for the Rule of Law have become a hot topic in the European agenda. As a result, at the European Higher Education Area level, a common definition of Academic Freedom has been adopted.

The European Students’ Union proposes that academic freedom becomes monitored by the EU within the annual Rule of Law report. This monitoring would be complementary and would not substitute the future monitoring system of fundamental values of the European Higher Education Area. 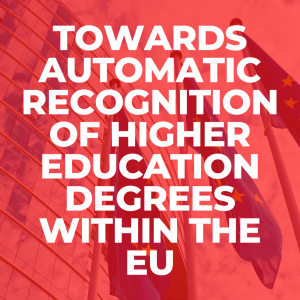 Towards automatic recognition of Higher Education degrees within the EU

The European Education Area should aim to reach automatic recognition between all the programs and institutions evaluated and approved according to the European Standards and Guidelines (ESG), as a part of the regulated professions on the EHEA level, by the time of EEA creation (i.e. 2025). The automatic recognition should be based on the thorough implementation of the Bologna tools. Therefore, a joint effort to implement these tools should also be made at the EU level via a specific EU Bologna implementation task force. Within this task force, representatives of all the stakeholders, including student unions, should be present. 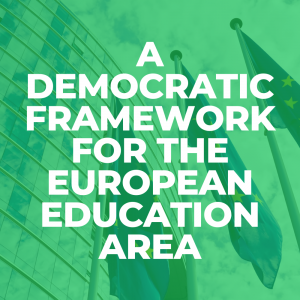 A democratic framework for the European Education Area

Up until today, the future governance framework for the European Education Area is not clear. However, it is sure that what cannot be acceptable is to use the Open Method of Coordination, where the Council decides the targets, the Commission evaluates the progress, the European Parliament and the EU Court of Justice have no role, and stakeholders have no clear role.

The EEA should not substitute the European Higher Education Area as the policy-making forum for European Higher Education but should work on implementing the Bologna commitments and integrating the other stages of education. Furthermore, for the principle of subsidiarity, the EEA should adopt measures that have a clear European added value and should respect academic freedom, institutional autonomy, as well as the possibility for HEIs and HE systems to tailor their offers on concrete needs and specificities of the communities and the national societies. 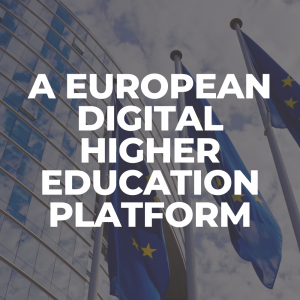 The European Union promotes Open Science, digitalisation of education and societal engagement of Higher Education Institutions. The emergence of Massive Open Online Courses and platforms of virtual learning activities and blended learning by private providers makes it more critical than ever to start a public initiative to ensure that Education is a public responsibility while at the same time ensuring the thoroughness of the peer review processes and the quality of the scientific output.

The European Students’ Union proposes the creation of an EU digital Higher Education platform, open to accredited Higher Education Institutions of the EU Member States and partner countries. The aim of the platform is twofold: facilitate digital access to courses, digital credentials, research and materials for the whole European academic community (including students); create a single repository for MOOCs, digital credentials, open access scientific papers and other research and educational materials for the broader society.

Such a platform would allow filtering the quality of the publications, regardless of their licensing policy. Additionally, with the discussions on issuing digital credentials, having a digital HE platform could help manage, store, and identify individuals’ interests and qualities. We believe that these proposals can fit into the developments of the initiatives under the Digital Education Action Plan, such as Digital Education Hub https://bit.ly/3jk7Kwl. 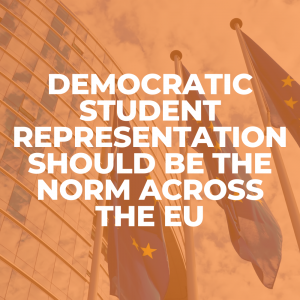 Democratic student representation should be the norm across the EU

Student-centred learning and stakeholders involvement (including students) are recognised as crucial elements of the European Higher Education Area. Still, there are places in the EU where students are not recognised as participants in the governance of the Higher Education Institutions and where student unions are not recognised as key stakeholders. At the same time, the emergence of the new European Universities Initiative requires that effective, democratic student representation is embedded in the governance framework of these new alliances.

The European Students’ Union proposes that the EU Council adopts the commitment to legally recognise democratic student representation within the governance of the Higher Education Institutions and to promote ways of effective involvement of student unions in the governance system of Higher Education at the different levels of policy-making while respecting the diverse traditions of student organising and self-government. Student representation in all cases must be free of any governmental, political or social influence. Furthermore, the EU Council should clearly state that the European Universities must involve a democratic representation of students from the different partner Higher Education Institutions within the governance framework of the Alliances. 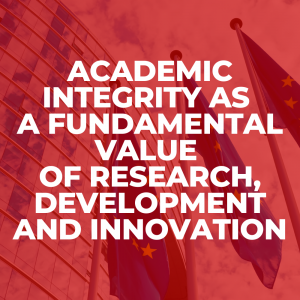 Academic integrity as a fundamental value of research, development and innovation

Students often face the consequences for academic dishonesty, while in practice, many programs at all levels of higher education do not involve any educational material, classes or courses in academic integrity, leading many students to their careers without a basic understanding of academic and research integrity. Many European countries have underdeveloped systems for assuring academic integrity and even less involve students in its proactive promotion. Measures to tackle dishonesty are developed, but many students do not understand them until they find themselves in a situation they have to. A negative approach by penalties serves little justice in upholding academic values if it is not followed by a positive approach to education. It is not the task of the educational system to assure that the integrity is not breached, but it is its task to ensure it is known and implemented at all levels. The same rules should apply to all the academic community, not only students, in terms of academic integrity and intellectual property.