Symbolic action for Ukraine at the European Parliament

BRUSSELS – On 20 March, the European Students’ Union organised a candlelight vigil to honour the victims of the Maidan in Ukraine. More than one hundred student representatives attended this event from all over Europe. They have gathered in Brussels for the 27th European Students’ Convention.

Rok Primozic, Chairperson of the European Students Union, opened the event by honouring the victims of the Maidan. Ielyzaveta Shchepetylnykova, President of the Ukrainian Association of Student Self-governments, also addressed people and brought in the perspective of Ukrainian students.

The participants gathered for a minute of silence after lighting the candles after which they released blue and yellow balloons.

This action was organised following a briefing by Ukrainian students on the current state of affairs in their country at the European Economic and Social Committee. Experts from the European External Action Service and European Parliament were also invited to participate in this event that was moderated by Gabriela Bergan, the Human Rights and Solidarity Coordinator of the European Students’ Union.

Here are a few pictures from the action yesterday. 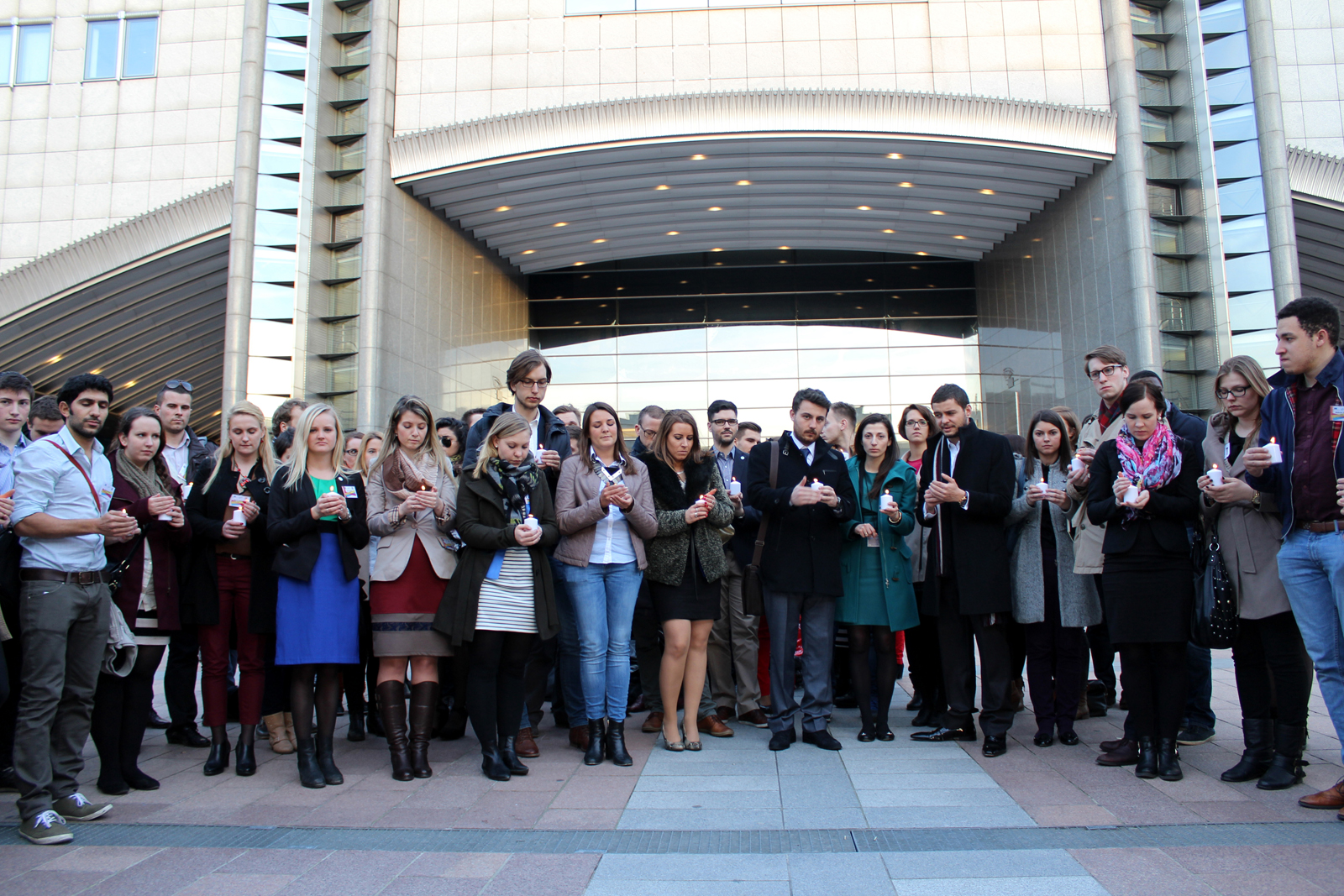 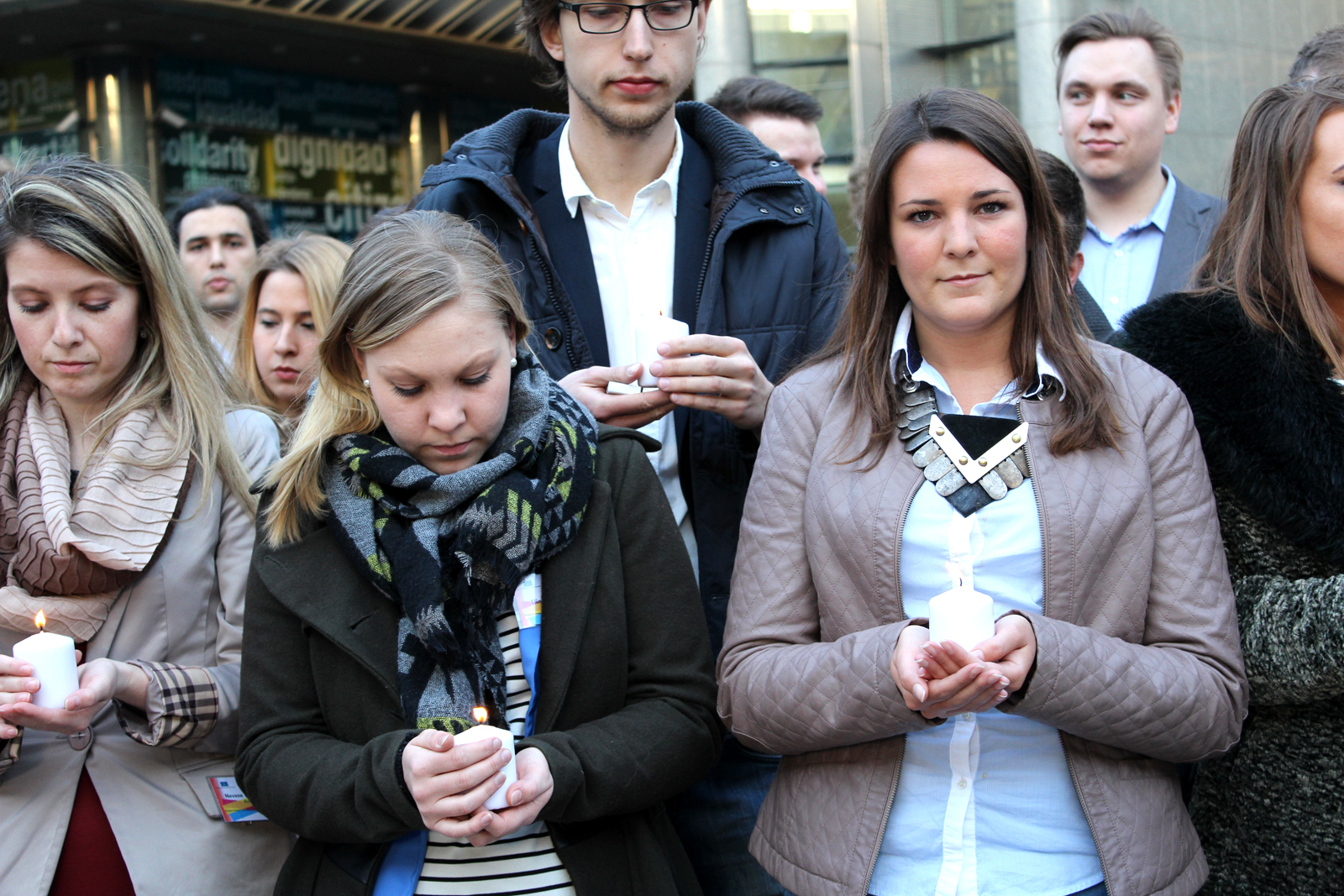 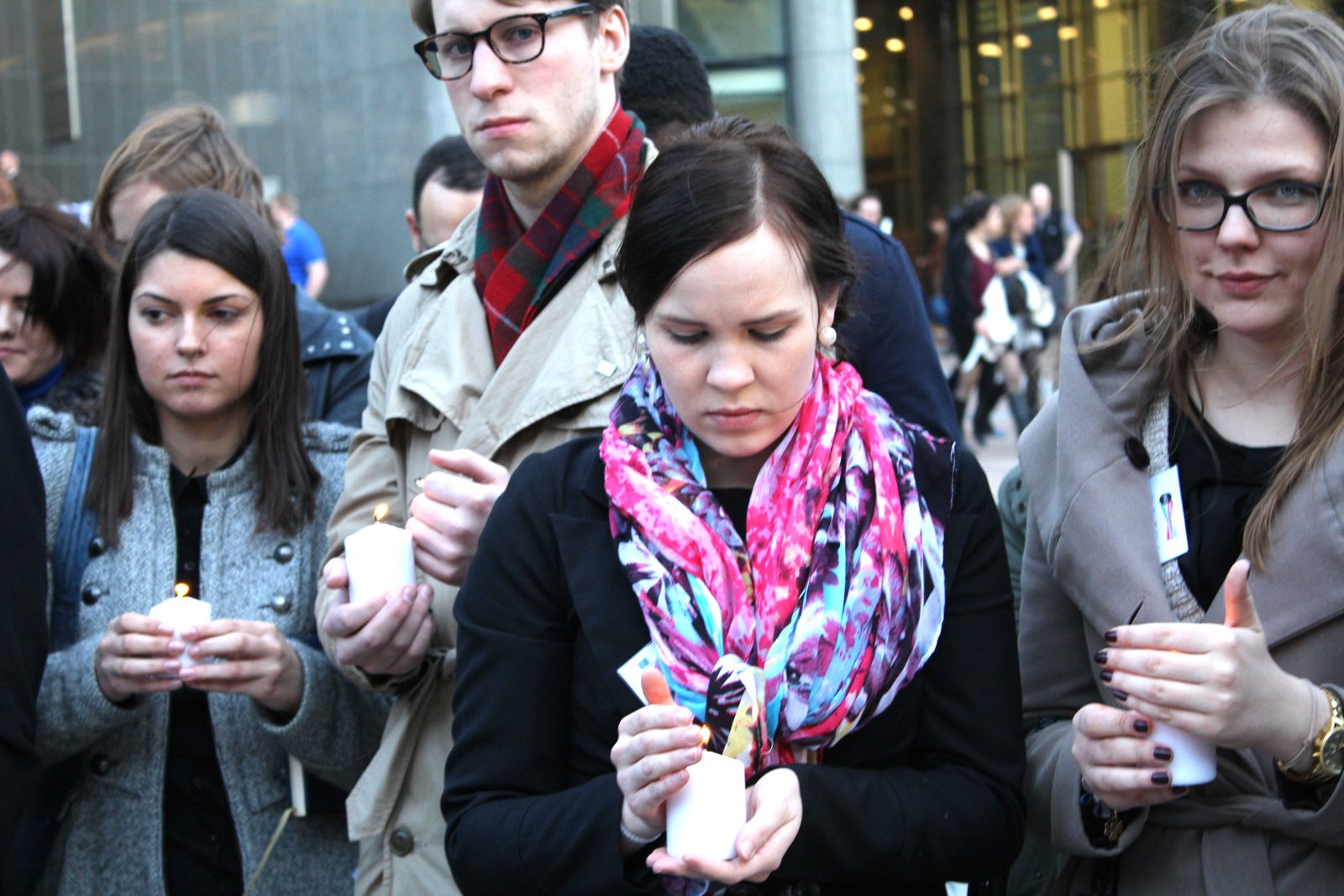 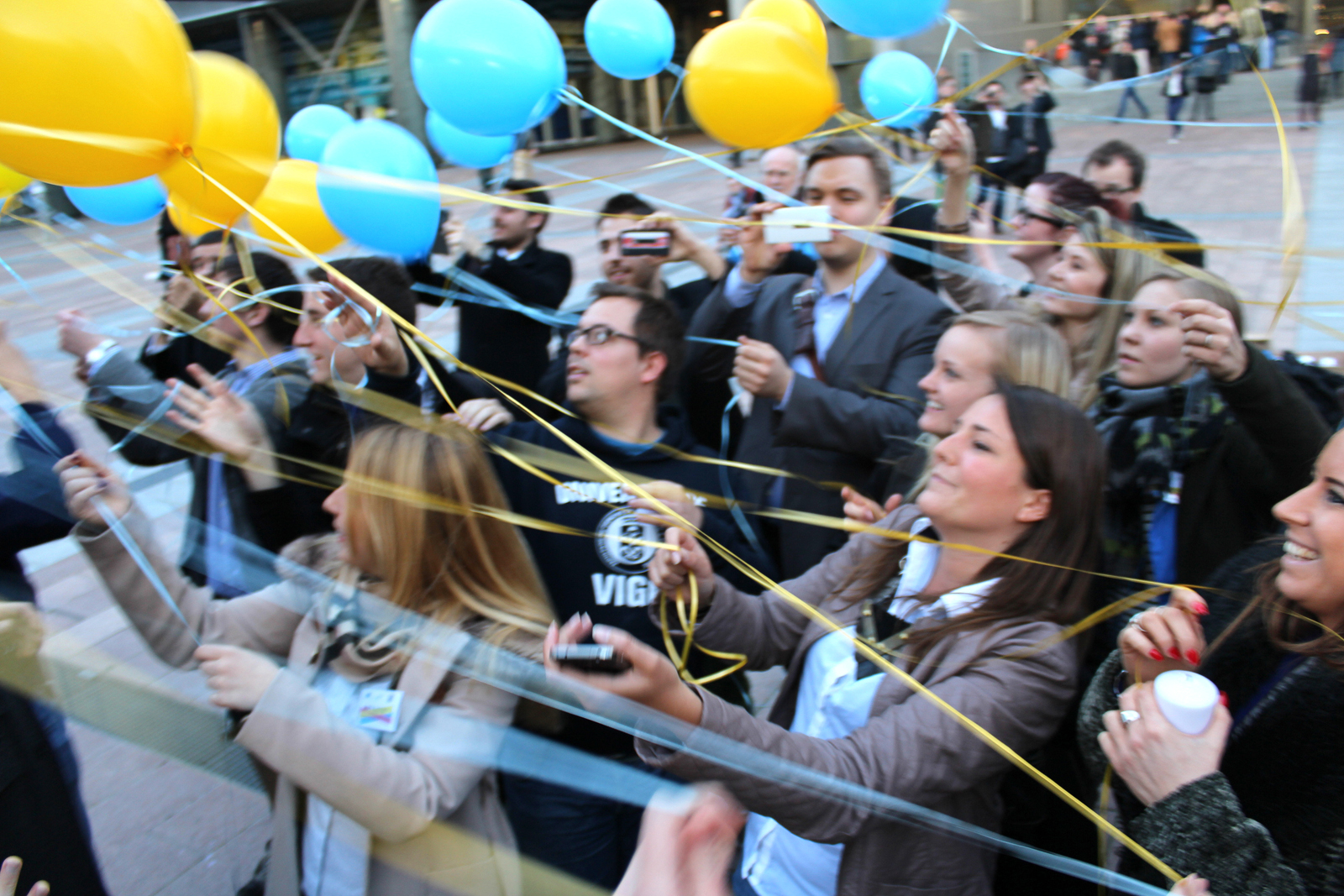 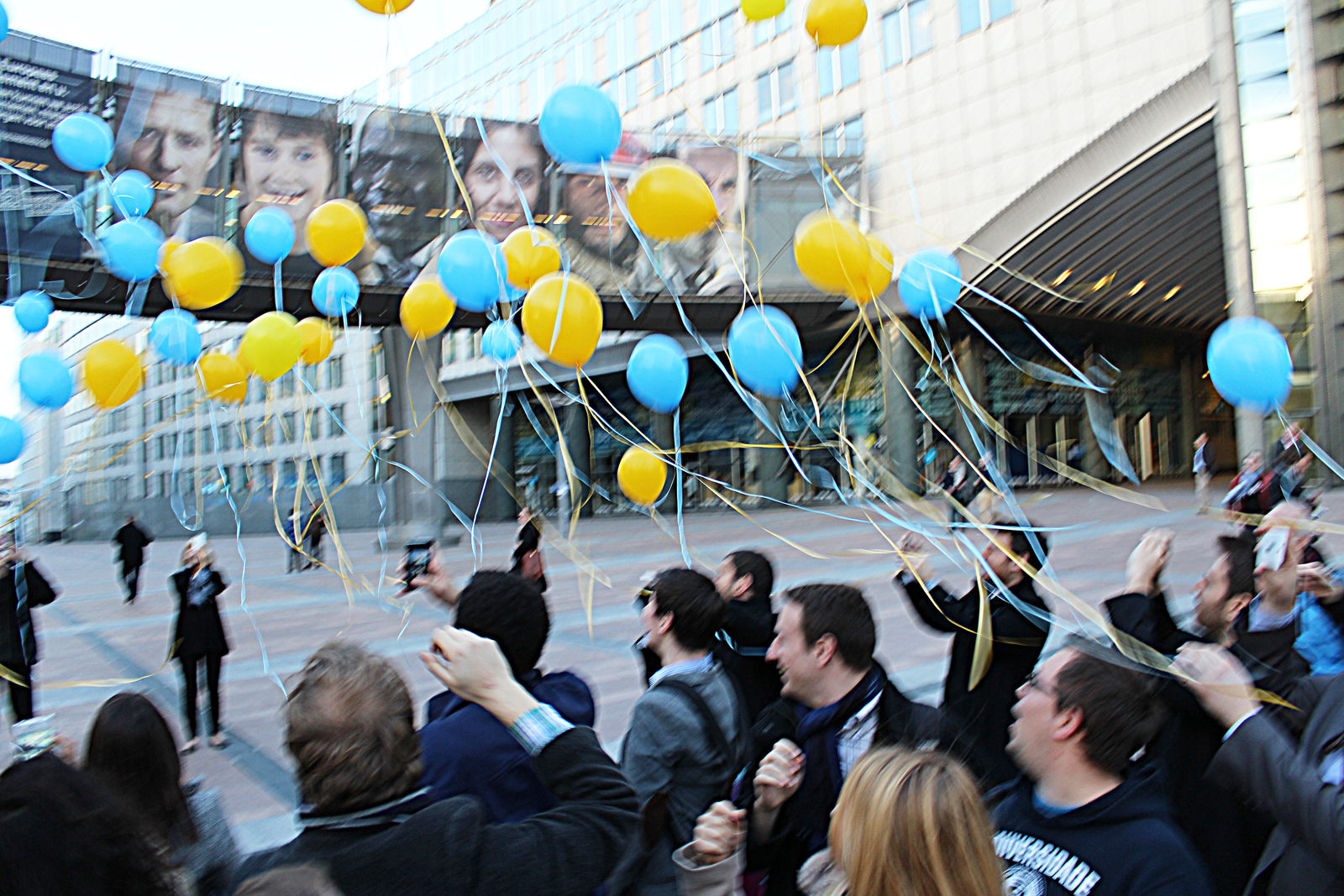