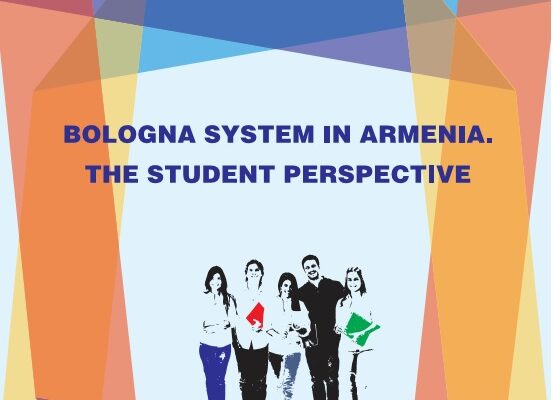 Students’ Perspective of the Bologna Process in Armenia

Higher education in Armenia is currently facing the pressure of reforms as well as tremendous opportunities for development.

Armenia, joining the Bologna Process in 2005, initiated the implementation of a number of fundamental reforms in the field of education and in particular in higher education. Nowadays, those responsible for higher education constantly single out the importance of introducing an effective system and confirm that Armenia is implementing this process at the satisfactory level.

Nevertheless, as evidenced by a number of research papers and experts, students have a slightly different viewpoint on the reforms made.  As the biggest representative body of students at the national level, the Armenian National Students’ Association (ANSA) assessed students’ level of awareness and attitudes towards the Bologna Process. The student union published a research paper entitled “Bologna System. The Student Perspective” presenting the current situation and key issues of the Bologna Process in Armenia.

The Bologna Process already has  a decade-long history in Armenia and considerations of students, the most important beneficiaries, prove that still, important implementation shortcomings exists.   Opinions of as many Armenian students as possible were taken into account (about 1723 students from almost all Armenian Higher Education Institutions have participated in this research by completing a survey).

The research paper was published and presented publicly in September 2015 and highlights a number of recommendations on how to tackle the challenges that still exist. ANSA is now advocating for having the results included in future educational reforms which are going to be made in Armenia (as a new Law on Education and a new Strategy are currently being prepared).

Download this publication:
Students’ Perspective of the Bologna Process in Armenia