Since last week of November (2019), Norwegian students are protesting against the recently proposed national budget. The government is cutting grants by changing the loan to grant conversion system.

Students will no longer receive full grants on courses taken in addition to or after completing a university degree, this will also suppose a financial burden for those students who change their degree. This modification on the budget will save the government 26 million euros per year.

Mass protests against this grants cut proposal -joined by students, rectors, unions and all opposition parties- have so far not made the government reconsider the proposed national budget. For that reason, in eight different cities in Norway, and in 16 other countries (arranged by exchange students), thousands of students and supporters have taken the streets to show their opposition to the government.

“Enough is enough!” says the voice of the students. 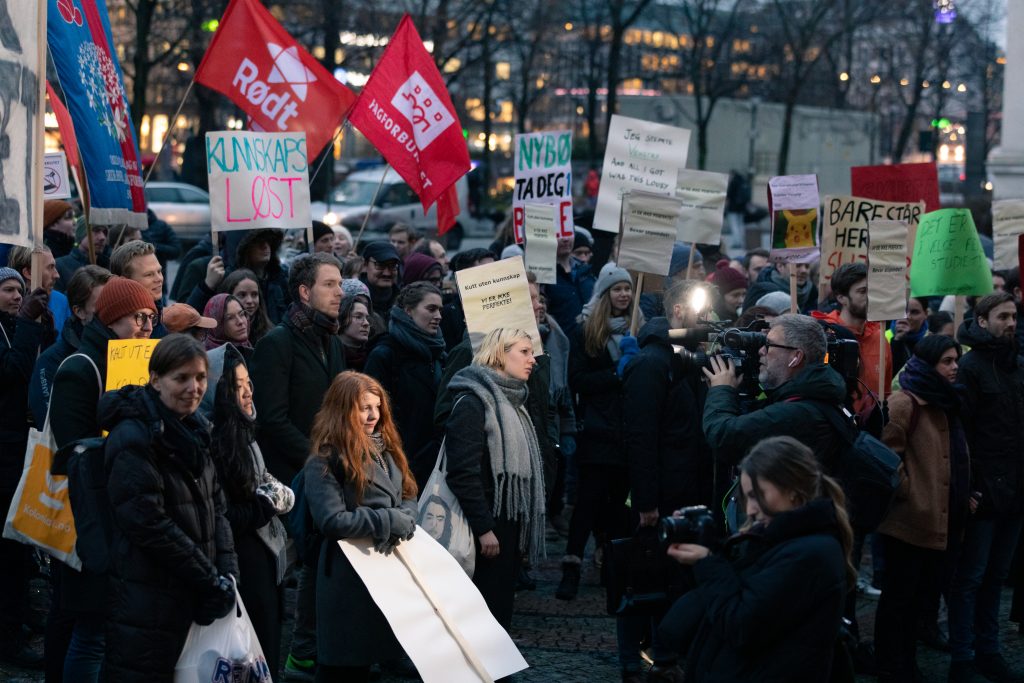