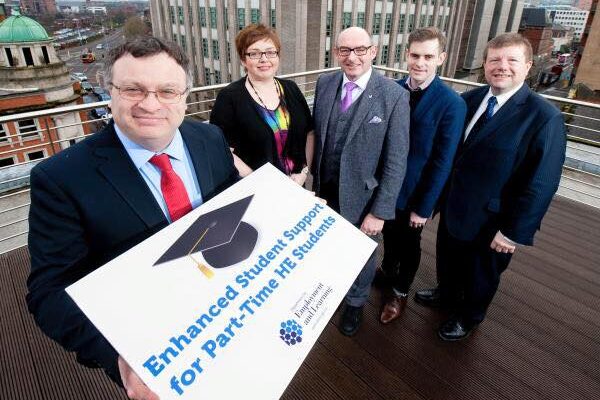 Good news for students in Wales and Northern Ireland

Thanks to the tireless efforts of students’ unions across Northern Ireland and Wales, NUS-USI and NUS Wales were delighted to share the good news of two significant wins in February.

NUS-USI President Fergal McFerran said: “This is an extremely significant development for part-time undergraduate study opportunities in Northern Ireland. The new system when implemented will provide an opportunity for people to gain help with their tuition fees through the new loan, and importantly it also retains the means tested fee grant too.

“This announcement is an example of the kind of investment necessary to ensure students are adequately supported so that in the future they can play their role in allowing Northern Ireland to thrive.”

NUS Wales were also delighted to announce the Welsh Government has acknowledged the concerns of students across Wales and as a result, reduced the level of cuts proposed to the Higher Education Budget.

NUS Wales’ has welcomed the commitment to post 16 education, with cash protection of Further Education, investment in apprenticeships and part time courses, there has been a clear demonstration that increased investment across the sector is possible.

NUS Wales President Beth Button said: “Part-time courses are essential to an education system that is flexible and accessible to all students, whatever their circumstances.

“The investment of £10 million, shows that the Welsh Government is committed to ensuring education is accessible for everyone. The lobbying undertaken by students’ unions demonstrates the strength of the collective student voice in Wales.”

“We know this isn’t the end of the road. Cuts will continue to be a very real threat to the sector and we will continue to work to ensure Higher and Further Education are funded to the levels needed for a prosperous Wales.”

NUS Wales have since launched a campaign: #DontCutUsOut, in partnership with Unison and UCU to ensure there are positive commitments to funding the education sector from all parties ahead of the National Assembly for Wales Election in May.