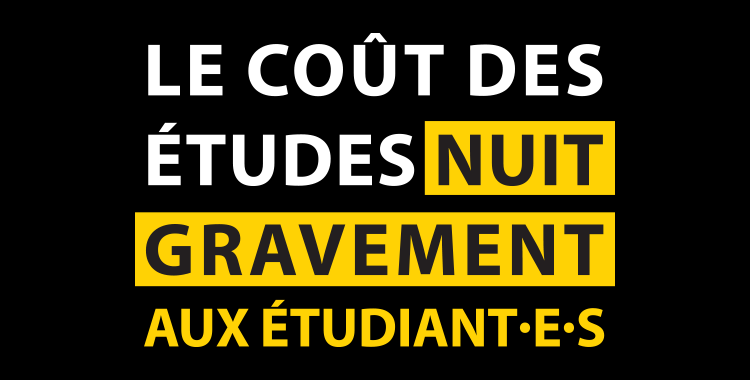 During the previous year (2017), the Federation of the French-speaking students in Belgium (FEF) issued a series of surveys aimed at the students in our country. The results of those surveys, show that more and more students are struggling to pay for their studies and do often require external help: the requests in school and university grants have increased by 6% for the past 6 years, beneficiaries of financial help from the public social welfare centres were multiplied by 6 between 2002 and 2016, and a quarter of the students needed to work so they could afford the study fees. Those readings can easily be explained since FEF estimates the study costs between 8.000 and 12.000 euros per year, varying depending on the region, the study field or the institution where the student is enrolled.

These financial issues may become worse over the following years since the political authorities have an inclination for raising the tuition fees. Indeed, a report drawn up by a committee of external experts stated that the students’ part in the financing of the higher education system must be increased in order to encounter the system’s underfunding. This rise will have a significant impact on the higher education’s accessibility for students, which is a fundamental right in Belgium, regardless of the citizens’ social-economic background.

Ahead of the local, federal and European elections, it is crucial to emphasize the students’ viewpoint as well as to demand additional rights in order to improve the quality of the higher education system. For those reasons, FEF launched a one-year campaign including three key requests: lowering the tuition fees at 175 euros per year, reimbursing the students for the educational equipment and having a more acceptable funding for the Belgian higher education system. In order to reach their campaign demands, several objectives have been set; one of those is the collection of 40.000 signatures supporting the action.

“For the coming months, we will focus on this ambitious project where we want to put a stop to the policy of austerity towards the youth” says a representative of FEF.

Do you want to help them reach the 40.000 signatures? Feel free to have a look at their website and join the campaign.