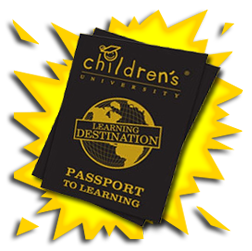 ESU on the frontline of creation children’s universities

LIVERPOOL – The European Students’ Union (ESU) will lead the development of a European framework for student interns for children universities. According to ESU’s Vice-Chairperson Allan Päll: ”This project is an exciting opportunity to engage students in activities with children thus tackling access to higher education issues focusing on cultural reasons at an early stage of education”. ESU thinks that this project fits within the new approach in social dimension work, by tackling issues at primary level, when often the first barriers in what could be eventual access to Higher Education appear.

The project “Children as Change Agents for Science in Society” was launched last week from 23 to 25 February in Liverpool University, which is the lead partner of the entire project. The consortium which brings together partners from several universities that have outreach programmes to children and other partners focusing on access issues met in Liverpool to discuss, plan and to kick-start the work on the project.
Background
Even within a “knowledge based society” there still are a lot of areas where 6 (or less) out of 10 kids do not reach higher education. While most of the smaller communities do their best to ensure the access to education and support, some of the larger multicultural cities within Europe suffer from the high rates of school dropouts, cultural and ethnical segregation, low employment rate and a bunch of other youth related problems.

Liverpool is no exception. However, unlike most of the places, it also shows a stunning effort to fight back many of its problem. One of the programmes managed by Education Opportunities Centre (EOC) in Liverpool University aims at attracting kids and youngsters to science and higher education by engaging children in science activities that are facilitated by graduate advocates. The ‘Children as Change Agents for Science in Society’, also known as “SiS Catalyst” project which was launched this month in Liverpool wants to strengthen the network of similar communities while at the same time providing children with an opportunity to be heard at local and national levels. During the four years of the project’s activities partners and advisers together will try to look at ways to strengthen the link between academic community, including students and children in particular.

Children’s Universities has become a well-known synonym for science related lectures, workshops or demonstrations for children and young people. Usually they are held by academic staff or students in higher education and specifically geared towards the needs and prospects of children typically aged from 7 to 14 years. Most of these activities take place at a university’s premises and imitate academic life to a certain extent.

Currently, activities of this kind take place at more than 200 locations all over Europe. However, there is not just one single model for organising a Children’s University – there are different concepts inherent, ranging from a series of events over the year (after school sessions, out-of-school-hours programs or alike) to specific annual events (summer schools or similar), with various curricula and various degrees of cooperation with the school sector.  (http://eucu.net/)