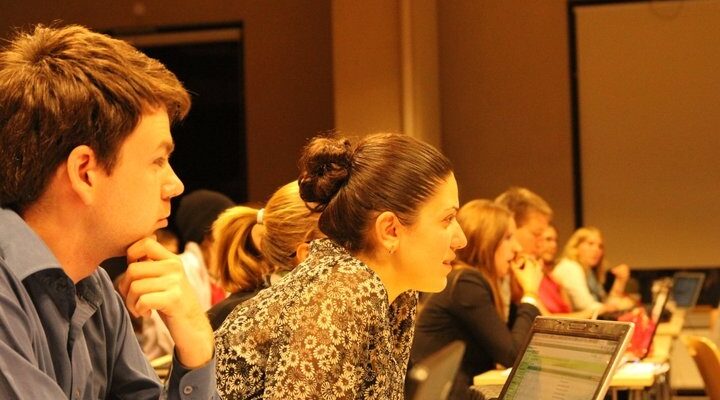 BRUSSELS – The European Students’ Union (ESU) is very concerned about the future of the European Higher Education Area (EHEA) at the dawn of the Ministerial Meeting on the Bologna Process in Bucharest on 26 and 27 April. In its analysis Bologna With Student Eyes 2012, published on 18 April, it concludes that ever since 2009, the Bologna Process has been sliding backwards in some key action lines.

These include the Bologna action lines on social dimension, financing of mobility and sustaining employability. ESU also adopted a Statement on the meeting at its 62nd Board Meeting on 23 April in Bucharest.

Allan Päll, ESU Chair, said: “Before they loose grip, the 47 ministers governing the EHEA must now step up a gear and convince their finance ministers and governments to put funding where their aspirations are. If this will not be done, we highly doubt that the EHEA will ever become sustainable in this format.”

The analysis furthermore concludes student unions report that the budget cuts for higher education are far worse than anticipated by the European Universities Association (EUA).

The Bologna Process was established in 1999 with the aim to harmonise the EHEA while making student and academic staff exchanges easier. However, ESU’s analysis – based on surveys with its 45 members- finds that the Bologna Process has not been progressing sufficiently since 2009 and is even sliding backwards in some key action lines.

The biggest obstacle for student mobility remains financing, as identified by the ESU members. In all countries, students that go on a study exchange have problems to meet their study and living expenses from their grants or loans. Despite clear commitments to make loans and grants for students fully portable, only five countries (Belgium, Finland, Luxembourg, Netherlands, Slovakia, Sweden, BWSE 2012, fig.5, p.33) kept their promises by 2012, while most countries maintain major obstacles. This especially limits access to mobility for students from disadvantaged backgrounds.
Päll: “The cuts in higher education budgets are too severe considering all the talk about higher education as an investment and as a solution to the crisis.” According to ESU’s members, student fees in Ireland, Iceland, Luxembourg, Spain, Italy, Hungary, Bulgaria and Serbia have ‘significantly’ increased (more than 10 %, BWSE 2012, fig. 10, p. 52) in the period 2009-2012 while in the Netherlands, Estonia, Latvia, Switzerland, Ukraine and Romania there has been a ‘substantial’ increase of the student fees (5-10%).

Printed versions of BWSE 2012 can be requested by contacting Marianne@esu-online.org.