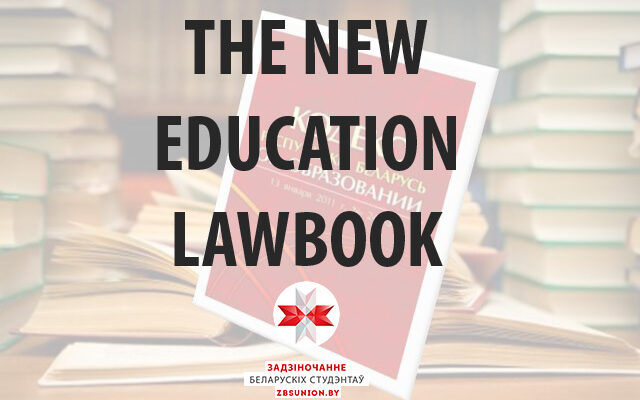 The Ministry of Education in Belarus has recently published a draft of the new Education Code. The Code is submitted for public consultation and it should be presented to the House of the Representatives by July. The new Education Code draft is issued under the administration of the new minister of education, Igor Karpenko, who was appointed by the President of Belarus at the end of 2016.

The updated version of the legislation was published on the 1st of February on the Ministry of Education’s website where all of those interested can give their feedback. On the website it is also stated that “these comments and suggestions will be taken into consideration by the Code editors.”

Most of the changes concern secondary education, such as introducing a 6-day school week, but there are also some reforms in the higher education system. Therefore, the elections for University rectors will be re-established and the student government system will be revised.

The Belarusian Students’ Association (BSA) will soon present a list of suggestions concerning the new Education Code. First of all, BSA is going to tackle the question of transparency of Universities’ budgets which is a growing issue, considering the complexity of bureaucratic procedures made during the allocation. Additionally, BSA will advocate for the shared European values mentioned in the new Code such as student governance and election of public universities’ leaders in the hope that the new reforms will bring the Belarusian education system a meaningful, well-deserved improvement.