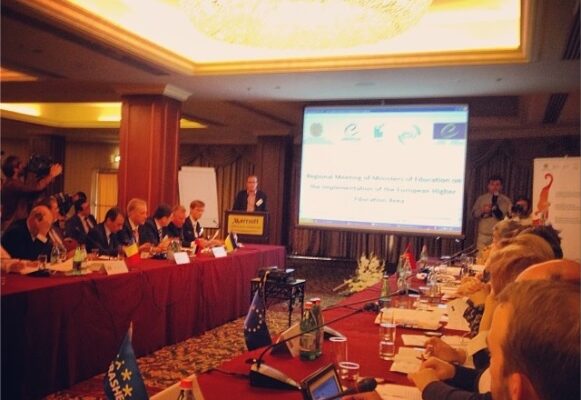 A ministerial conference in Yerevan draws near

YEREVAN – The Ministerial Conference of the European Higher Education Area (EHEA) will take place in Yerevan, Armenia, on 14 and 15 May this year. Preparations for the conference are already well underway, as well as the corresponding Bologna Policy Forum held in parallel with international guests from the global higher education community.

The communiqué was discussed throughout the entire autumn, early spring and will continue to see changes again when the Bologna Follow-Up Group meets in Riga on 24 and 25 March. Additionally, applications from Kosovo and Belarus for accession to the EHEA will be assessed.

France has been nominated to hold the Bologna secretariat and conference of the EHEA after Armenia’s mandate ends. The European Students’ Union (ESU), an active partner in the Bologna process, wishes and sends its best wishes and warmest congratulations to France.

ESU focused on several core issues in discussions on the Bologna process, namely the future of the cooperation, achieving true recognition of qualifications in Europe, reforming teaching and learning, as well as the social dimension.

“ESU believes that a strong message must come from the meeting in Yerevan. Business as usual is not acceptable in times when reforms have stalled and the need is so great. Policymakers are recognising all over Europe the fact that education is a key structure that can address the cultural divide in Europe. However, this can only be achieved when Europe works together on a wide basis. The Bologna process can be a great tool but only if it is given the political impetus to succeed,” says Elisabeth Gehrke, ESU’s Chairperson.