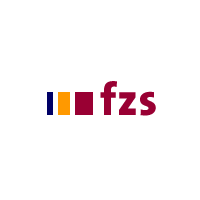 fzs (German: freier zusammenschluss von student*innenschaften, English: free association of student unions) is the national union of student unions in Germany. fzs has currently about 100 members and represents around over one million students (Mai 2022). We strive for an equal and just higher education system and solidarity among students.

fzs was founded in 1993 as a party political independent umbrella organisation of the students’ unions in the federal republic of Germany and as a successor organisation of the FKS (free conference of students’ unions from universities of applied science). FKS and fzs were founded as a consequence that the former national union of students VDS, which was founded in 1949, split up.

fzs was founded in 1993 as a party-politically independent umbrella organisation of student unions in the Federal Republic of Germany. fzs is considered to be the indirect successor of the VDS (Association of German Student Unions), which was founded in 1949 and broke down in 1990.

fzs is the national association of student unions in the Federal Republic of Germany. According to its statutes, the purpose of the association is to promote science and research as well as education and to support disadvantaged persons. The aims shall be supported by:

The association is a non-profit, democratic, ideologically open and party-politically independent organisation.

The association has no specific document outlining its vision, the organisation has a wide range of positions and statement papers. In principle, fzs is committed to open access to education for all and is against education fees of any kind.