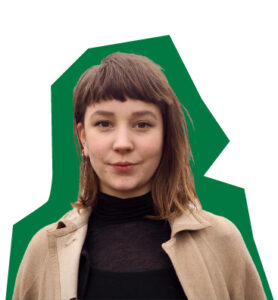 Ronja Hesse is a member of the Executive Committee of the European Students’ Union. Previously Ronja was active in the German National Student Union (fzs) where she amongst others held positions in the international committee and as a member of the presidency. In her six years in the student movement, she gathered experiences in various areas and in 2019/20 had the chance to be a member of the AG 1 on Social Dimension on behalf of the German Ministry of education. Ronja studies Law as well as an MA in Modern East Asian Studies in Frankfurt.

Her main areas of work are: