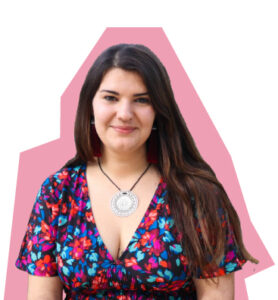 Carmen Romero is the membership coordinator of the European Students’ Union for the mandate 2019/20.

Carmen studied a BA in Political Science and Public Administration in Madrid and currently she is studying a Master’s Degree in the same field with focus on Politics and Governments in Brussels. In Spain, during her studies in high school, she started participating in the students’ movement. During her BA, she was part of the local students’ union and after that, she held different positions at the National Students Union CREUP in Spain. At the same time, she collaborated with different NGOs.

She is passionate about organisational development and the role of civil society in Europe and the world. Due to that, she believes that the engagement of students and its participation is fundamental for the well being of societies.

Carmen strives towards building a positive and inclusive culture within organisations and movements.

Her main areas of work are: