50 years of state student funding in Germany – no reason to celebrate?! 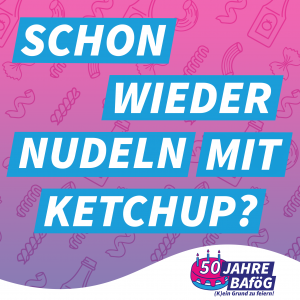 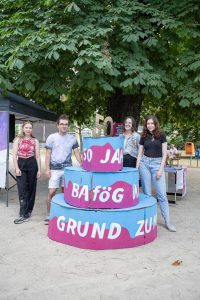 In Germany, social permeability in the education system is poorer than in almost any other industrialized country. Being able to study is therefore still an elitist privilege since it still depends above all on the financial background of a person whether they are able to study. Meanwhile, the number of working-class children at universities is continuously declining. Yet there is actually a state instrument designed to enable poorer people to study: BAföG (Federal Education and Training Assistance Act).

This year, the law turns 50, but it hasn’t aged well. Today not even 11% of all students still receive financial aid at all, down from nearly 45% in 1971. Moreover, in most university towns, the received aid isn’t even enough to pay the rent. For decades, the conservative party CDU, which has been controlling Germany’s education ministry for 16 years, has eroded the law. But even the CDU can no longer deny that something is going wrong in view of the continuing decline in the funding rate. And yet hardly anything is being done to improve the situation even though it is clear what needs to happen: Firstly, the loan model needs to be replaced by a model of full subsidies, so that students who are already financially disadvantaged do not have to go into debt during their studies, secondly, the amount of BAföG must be adjusted to the real needs of students, so that it finally covers all expenses and thirdly, the payment must no longer be dependent on one’s personal (family) background.

We consider the current concept to be antisocial. It puts people from disadvantaged backgrounds under enormous psychological pressure, is insufficient in amount, and does not treat students as autonomous adult individuals independent of their families. In the meantime, the question of the amount of BAföG has even been submitted to the Federal Constitutional Court, as it is assumed that it does not even cover the living wage and is therefore likely to be unconstitutional.

We are fighting for student financing that is supported by society as a whole and to which everyone is entitled, regardless of their personal background. For this, we are currently collecting signatures via petition and draw attention to the sad birthday through different decentralized actions.