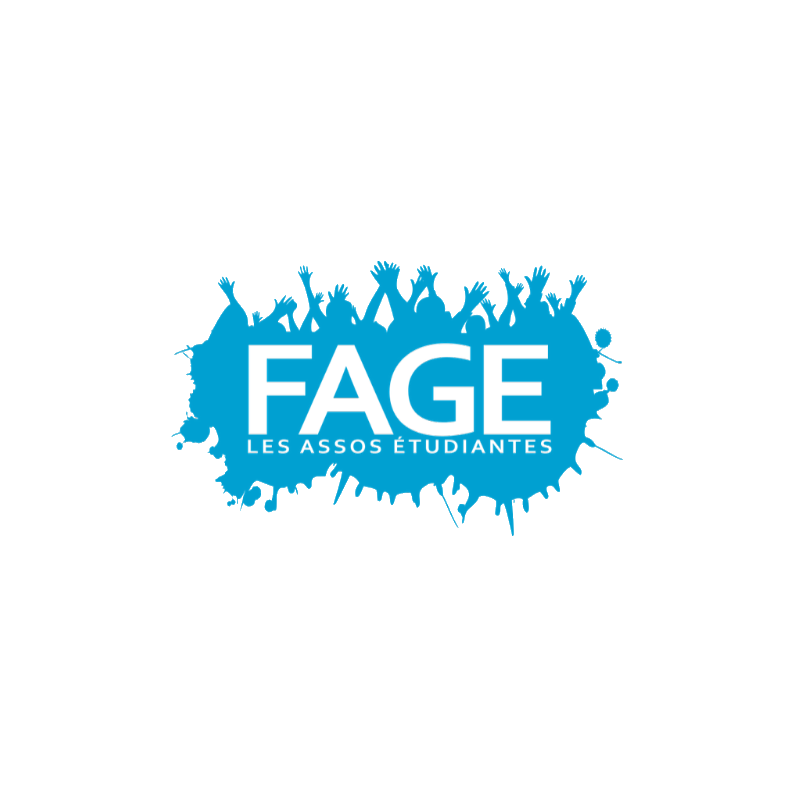 Created in 1989 and recognised as the first representative students organisation, FAGE, the National Federation of Student’s Associations gathers 2000 students’ associations through around 35 local unions and 24 national sectorial unions. With the help of its members, FAGE campaigns every day to improve the living and studying conditions of all French students. FAGE’s project is also the will to improve the social links of students by making it possible to invest at all levels in the representation of their peers and projects of cohesion, prevention, activism and the fight against all forms of discrimination.

FAGE is a representative, humanist and militant national organisation, basing its functioning on participatory democracy. It is governed by students.
Committed to the objective of building a social democracy, the FAGE is a student organisation that brings together young people in mutual respect of their personal, philosophical, moral or religious convictions. It defends pluralism, respecting humanist, republican and European values.

Its action, aimed at the general interest and the construction of a democratic society, has the following goals to:

Membership of the FAGE implies respect for these values and the pursuit of these goals.