ESU is a collaborative organisation working with a wide variety of governmental and non-governmental organisations in Europe and beyond. On this page, you will find information and links to the main partners of ESU. 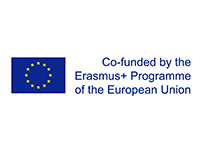 European Commission and the Education, Audiovisual and Culture Executive Agency

The European Students’ Union (ESU) has a strong relationship with the European Commission and the Education, Audiovisual and Culture Executive Agency. It receives financial support to run projects, and is a beneficiary of an operating grant that is used to fund the core activities of the organisation. To learn more about those projects that ESU coordinates or is involved in as a partner organisation, go to projects. 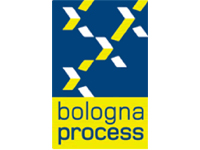 ESU is an active member of the Bologna Follow Up Group which is charged with monitoring and guiding the implementation of the Bologna Process across 47 European countries.

The Bologna Process, launched with the Bologna Declaration, of 1999, is one of the main voluntary processes at European level, as it is nowadays implemented in 47 states, which define the European Higher Education Area (EHEA).
Members of the Bologna Process are the 47 countries, together with the European Commission, and the consultative members, namely the Council of Europe, UNESCO, EUA, ESU, EURASHE, ENQA, Education International and BUSINESSEUROPE. 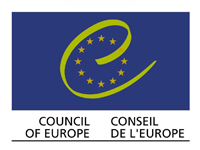 The Council of Europe (CoE), based in Strasbourg, is both one of ESU’s founders and a regular project partner. The CoE is one of the oldest international organisations working towards European integration, having been founded in 1949. It has a particular emphasis on legal standards, human rights, democratic development, the rule of law and cultural co-operation. It has 47 member states with some 800 million citizens. It is distinct from the European Union (EU) which has common policies, binding laws and only twenty-seven members. The two do however share certain symbols such as their flag. 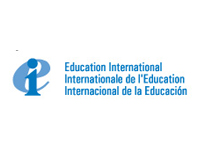 ESU’s other key partner is Education International, a global union federation of teachers’ trade unions. Currently, it has 401 member organisations in 172 countries and territories, representing over 30 million education personnel from pre-school to university. This makes it the world’s largest sectorial global union federation. 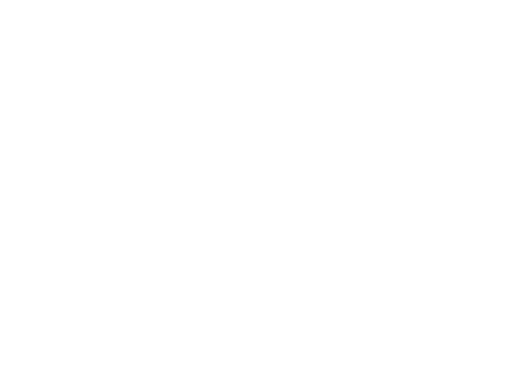 Much of ESU’s external work is conducted through an alliance of higher education organisations. This alliance, known as the ‘E4 group’, consists of the European University Association (EUA), the European Network for Quality Assurance (ENQA) and the European Association of Institutions in Higher Education (EURASHE). It works on a regular basis together on issues of mutual interests and concern and is considered a highly influential and well-respected partner in European higher education. In addition to our work with them in the E4 group, ESU and EUA have a strong bilateral partnership and cooperate on a number of projects including institutional relations and evaluation programmes. 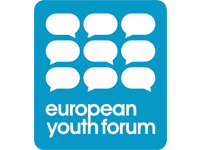 ESU is a member of the European Youth Forum (YFJ) and contributes to its work on education policy at the European level.

The Youth Forum works to empower young people to participate actively in society to improve their own lives by representing and advocating their needs and interest and those of their organisations. In the current uncertain political and social context that affects young people, they can be powerful catalysts for positive change and contributors of innovative solutions to Europe’s problems. 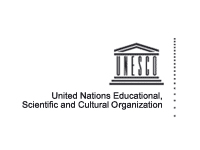 The United Nations Educational, Scientific and Cultural Organization (UNESCO;) is a specialized agency of the United Nations, established on 16 November 1945. Its stated purpose is to contribute to peace security by promoting international collaboration through education, science and culture in order to further universal respect for justice, the rule of law, and human rights along with fundamental freedoms proclaimed in the UN Charter. ESU and UNESCO closely collaborate primarily on a greater global student dialogue, and secondly in fighting against disreputable higher education providers and ensuring full implementation of the joint OECD-UNESCO guidelines for quality provision in transnational higher education. 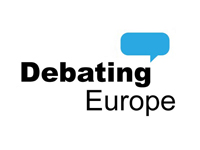 Debating Europe is a successful innovative online platform launched by the Friends of Europe and Europe’s World, in partnership with the European Parliament, Microsoft Europe, and Gallup. It puts citizens’ ideas and suggestions on vital issues shaping our future directly to policymakers and influential thinkers to either support or criticise. Join the debate at www.debatingeurope.eu. 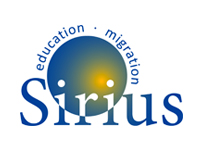 SIRIUS is a European platform that brings together key stakeholders in migration and education from around Europe, including policy makers, researchers, practitioners and representatives of migrant communities.

SIRIUS transfers knowledge and influences policy developments in order to help pupils from a migrant background achieve the same educational standards as their native peers. 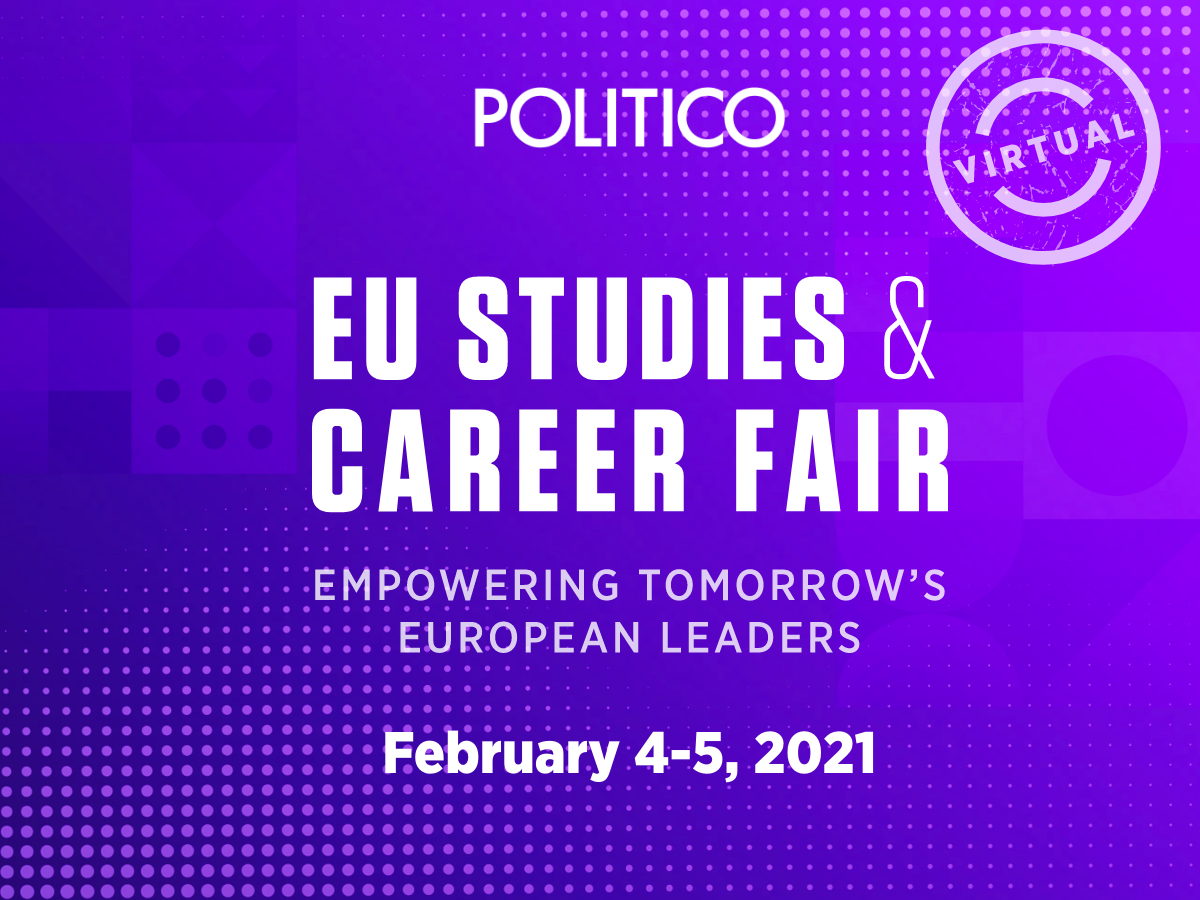 The Fair will take place virtually on 4-5 February 2021 and will feature an open-door digital experience. The agenda offers a variety of interactive sessions including webinars, workshops, one-to-one virtual meetings and a program of online activities dedicated to empowering tomorrow’s European leaders.

The Fair will provide an interactive experience via our multifunctional platform, which is purposely designed to engage with visitors through pushed notifications, message postings, one-to-one live calls, chat facilities and much more.

The number of spaces is limited.

For more information about EUSA, please check the official website. 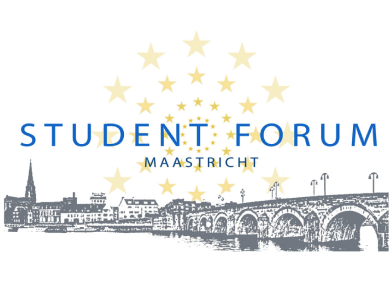 Their aim is to provide a platform where interested students can exchange ideas and engage in fruitful discussions. SFM offers a successful and productive way to put issues of concern and challenges for the European Union into a more practical context.

In different workshops, students can apply their knowledge and profit from the experience of professionals coming from an academic, political or economic background. The interdisciplinary approach creates the opportunity to gain insights from various fields. At the end of the conference, the proposals drafted by the working groups will be submitted to the European Commission.

This year’s conference will take place in Brussels from 15th until 19th April 2020. 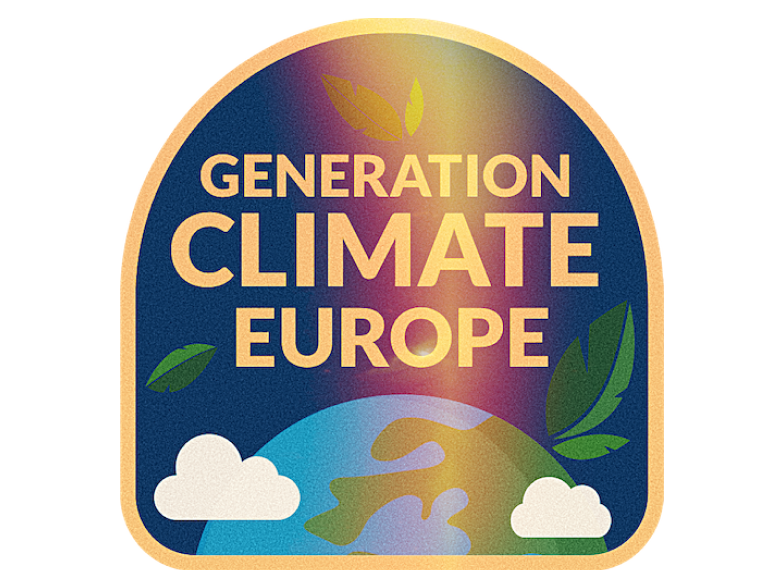 Generation Climate Europe is the first environmental coalition of the main youth-led organisations and networks active at the European level. They work to ensure that the EU always recognises and promotes the interests of young people in Europe.

GCE is a platform for youth-led projects tackling climate change and environmental issues in Europe.

For more information about the coalition, please check their official website. 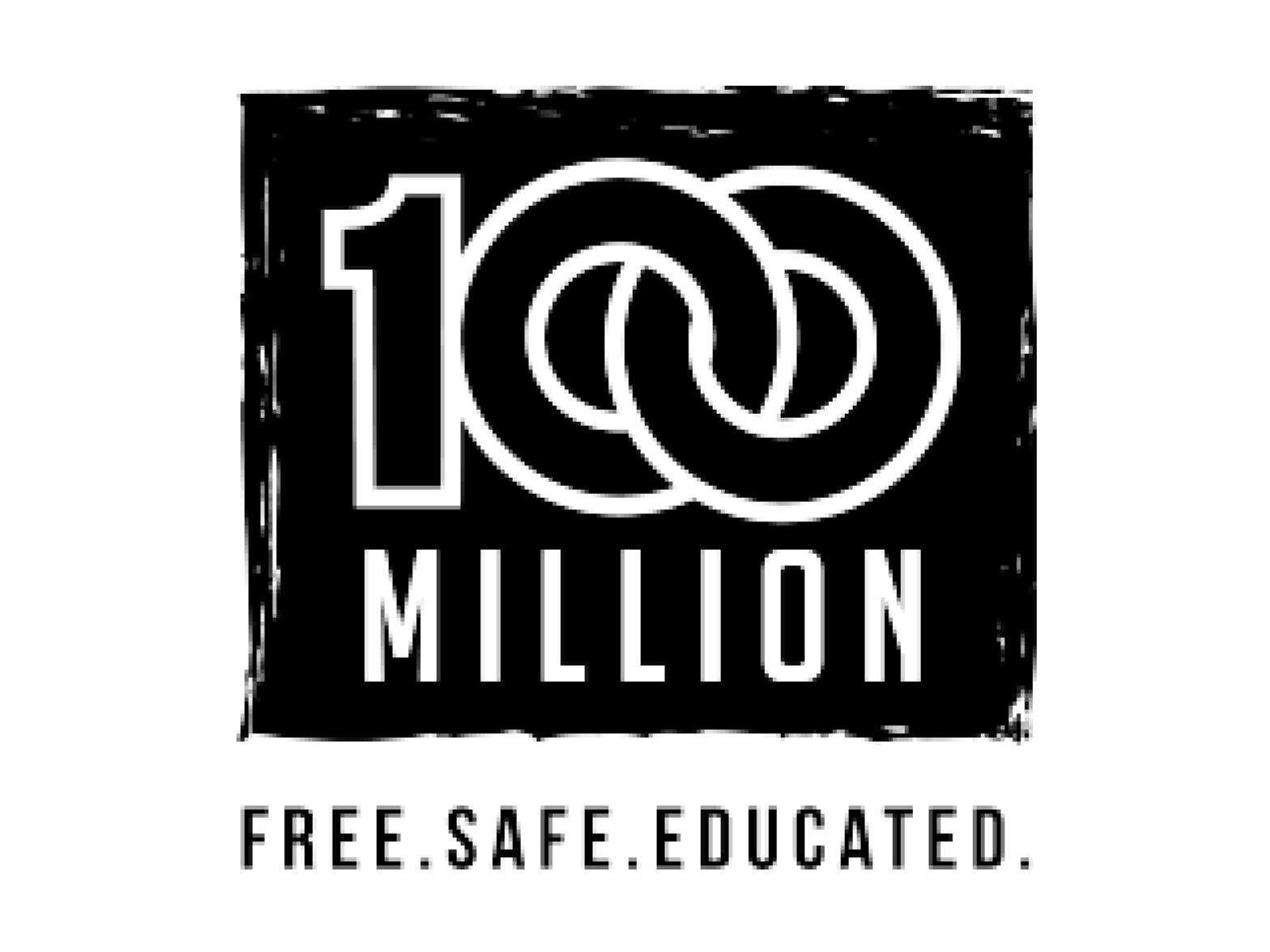 The 100 Million campaign is a call to action for a world where all young people are free, safe and educated. It supports young people to mobilise to end violence against children, eradicate child labour, and ensure education, breaking the cycles of illiteracy, poverty and violence for good.

100 Million brings together young activists to effect change for the world’s most marginalised children. Working with representative youth organisations, teachers’ union, NGOs on every continent, it provides resources and support to inspire young people to form local campaign groups to effect change in their own communities. Campaigns have started in 35 countries, on every continent.

Find out more on their webpage. 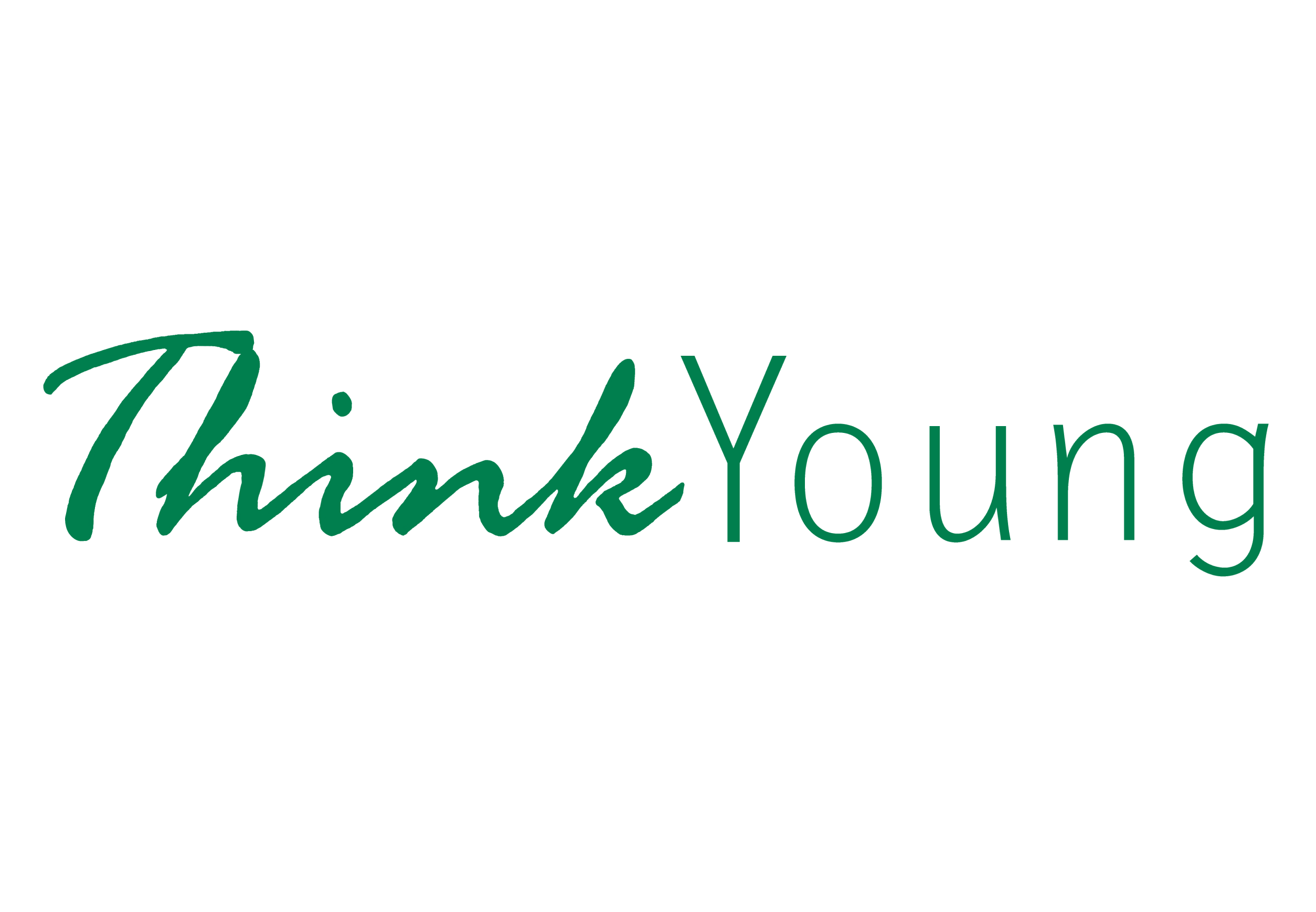 ThinkYoung is the first think tank focusing on young people. It was founded in 2009 in Brussels and has expanded to Geneva, Madrid, Hong Kong and Nairobi.

It is a not-for-profit organisation, with the aim of making the world a better place for young people, by involving them in decision-making processes and by providing decision-makers with high-quality research on key issues affecting young people.