The aim of the project is to promote the implementation of the Bologna Process with regard to the key commitment 2 on National legislation and procedures compliant with the Lisbon Recognition Convention.

The main activities of the project will be the organization of 3 one-day Peer group meetings supporting the participation of one representative for each of the 38 countries that expressed interest in joining the peer group. The meeting will take place in January 2019 in Albania, in Autumn 2019 in France and in Spring 2020 in Italy.

In addition to that, the project partners will focus on 3 main actions related to the implementation of national legislation and procedures compliant with the Lisbon Recognition Convention.

The second action has as its goal the implementation of information provisions on the education system and on recognition procedures adopted by EHEA member countries, according to the article III.4 of the LRC. In this case, as well, there will be a research part at the beginning analyzing best practices in the EHEA countries. The next step would be sketching European Standards and Guidelines on recognition information provision for EHEA countries, providing guidance on how to describe the national information system, the different recognition procedures, the terminology, etc.

The third action focuses on raising awareness regarding the phenomenon of fraudulent documents and transnational education, as well as providing information and tools in order to fight fraudulent qualifications. Quality here is the basic concept, and the aim of this action is to provide ground to EHEA countries to fight the phenomenon of fraudulent qualifications and of qualifications lacking in quality assurance and being academic meaningless. Strong focus will be placed on digitalization as part of the solution, exploring the latest technology developments such as blockchain, in order to foster student data mobility and avoid fake qualifications entering our education systems.

At the end of each of the 3 one-day peer group meetings in Albania, France and Italy, there will be a seminar open to the peer group member countries but also to all the relevant stakeholders on the 3 project actions. Topics of these seminars will be document fraud and digitalization in Albania, provision of information in France and substantial differences in Italy. Each seminar will be open to policymakers, students and Higher Education institutions, in order to foster the implementation of the key principles of the Lisbon recognition convention among Bologna “users” and to multiply the impact of the project.

The last action aims to foster peer counselling on the Key Commitment 2, implementing Lisbon recognition in EHEA countries through the organization of peer counselling staff mobility activities. Half of the country members of Peer group 2 will have the possibility to host a staff mobility of another peer group country, presenting the topic on which they would be able to give peer counselling due to their experience. The other half, therefore, has the chance to be hosted in another receiving peer-group country. The result would be a match between the peer counselling topics offered by the receiving country and the needs of the hosted one, also accordingly to the survey conducted by the BICG.

Finally, each peer group meeting will be preceded by a one-day consortium meeting for project partners. 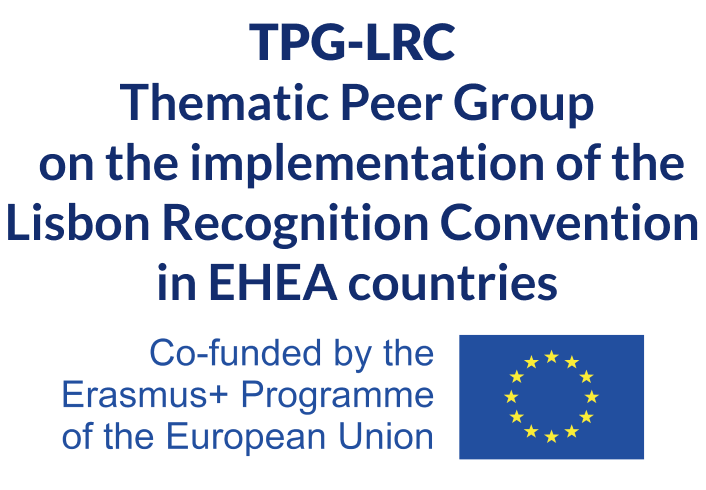