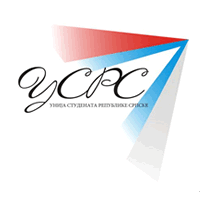 SURS is a full member of ESU (European Students’ Union), member of SEI (SouthEast Initiative) and MedNet (Mediterranean Network of Student’s Representatives) at the international level, and a member of Youth Council of Republic of Srpska and National Council of Higher Education, at the state level.

The main areas of work are education politics, social politics, international affairs and democratization of HE (which includes free access, participation of students in the decisions regarding them, adequate public financing, a reflexion about pedagogy and the quality of teaching in HE…).

Since the beginning, SURS has been the catalyst of numerous progressive changes in higher education in the RS, cooperating with the government, thereby helping to create high-quality laws which directly or indirectly concern students and education.

During the 14 years that SURS has operated (August 2013), the union has participated in a huge number of projects and activities which have substantially contributed to the general welfare in student life, teaching quality and the elevation of student standards. The Republic of Srpska Student Union gathers and represents roughly 43 thousand students from the entire entity.